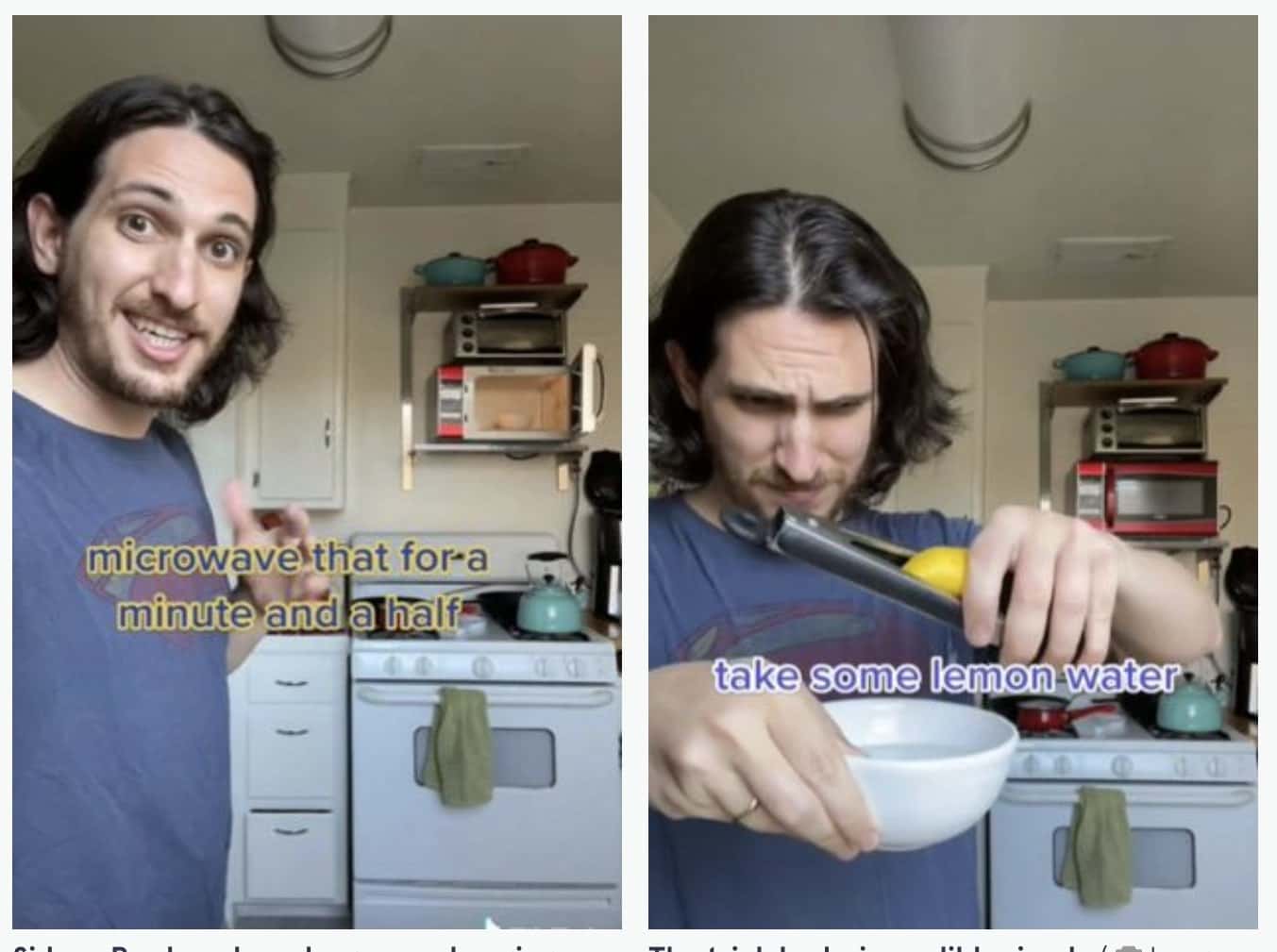 Cleaning a microwave isn’t something as simple as dusting a table. And this is why a man felt a need to share a microwave cleaning hack that changed how people saw it.

Sidney Raz, a popular TikToker shares things that he ‘wishes’ he realized sooner, and this time it was the kitchen appliances that caught his attention.

In the video, he told that he discovered a new way to clean the microwave that is unbelievably simple, and even his demonstration matched his words.

For this, all he needed was a bowl of water and lemon. He placed the bowl in the microwave before turning it on – then after a while, all it would need is a quick wipe.

He said: “Here’s something I didn’t know until I was in my 30s – how to clean the microwave.

“Take some lemon water, microwave that for like a minute and a half and it should wipe out more smoothly.”

He then goes over to his ‘gross’ microwave and says “yep, that works – that works”, while wiping off all the dirt and grime.

In no time, the video clip racked up over 500K likes and thousands of comments, and people couldn’t believe how simple such a useful trick could be?

Another stated: “Now you have no excuse not to clean your microwave.”

Another comment said: “A lot of people don’t even know that they’re supposed to clean it out.”

Somebody else added: “It works even better when you microwave it for five to ten minutes and then leave it in there for 15 more minutes.”