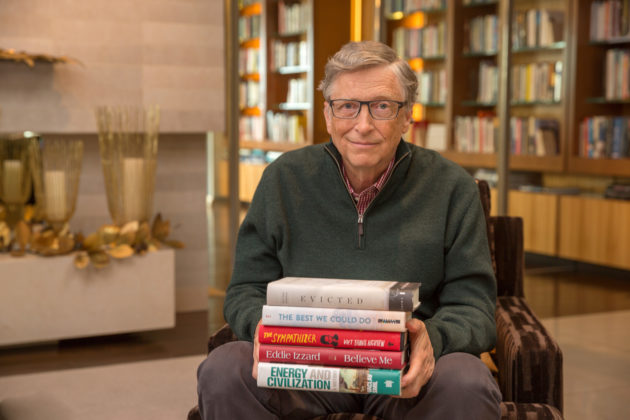 Do you know what the reason for the success of these famous CEOs is? It is their habit of reading. If you are wondering which books successful people read, here we have a list of a few influential people sharing their favorite reads. If you are a book lover and want to emulate their habits to become a successful person yourself, then you should add these top books read by CEOs.

The Remains Of The Day by Kazuo Ishiguro – Jeff Bezos

What makes this Jeff Bezos favorite book, is its portrayal of post World War II England. It is one of the favorite books of the world’s richest man. According to Jeff Bezos, this book taught him lessons about life and regret. Reading this book is like living an alternate life, he said.

Warren Buffet may have finally revealed the secret behind his success. It is a 1949 business book that preaches the value of investing and buying stocks. If you want to be rich and successful like Warren Buffet, then you should definitely read this book.

A Wrinkle In Time by Madeleine L’Engle – Sheryl Sandberg

There is no wonder why the COO of Facebook likes this book. It is the geeky heroine of this fantasy novel that built a connection with Sheryl. The female protagonist inspired her with a fight against an unjust system and struggled to save her family against very long odds.

One of the books recommended by Mark Zuckerberg is Michelle Alexander’s The New Jim. Based on mass incarceration, Zuckerberg became a strong advocate of criminal justice after reading this book. So much so that it made him visit San Quentin State Prison to learn more about this topic. One thing was instantly clear to him, “We can’t jail our way to a just society, and our current system isn’t working”.

HBO CEO Richard Plepler got this book from his father on his 20th birthday and he has cherished it ever since. According to the remarks by Richard, this collection of short stories is a jewel, a masterpiece. Plepler says, “There’s a lot in there about what Kant called ‘the crooked timber of humanity.’

We should, in fact, thank Satya Nadela’s wife who recommended him this book in the first place. This book explains everything about a fixed mindset and growth mindset and that is all you need to be a winner. This book changed Microsoft’s CEO’s outlook and made him question whether a company he had had a learning culture or not. It is one of the best leadership books every entrepreneur should read.

The Art Of Happiness by The Dalai Lama – Jeff Weiner

When Linkedin’s Weiner read this book, he believed he really found the key to happiness. The spiritualistic classic taught him about the true meaning of compassion. “That is like a first principle when it comes to the way I aspire to manage,” Weiner says. “And I keep saying ‘aspire’ because it’s hard to do.”

The Road To Character by David Brooks – Indra Nooyi

Written by the famous The New York columnist and best seller David Brooks, this book focuses on the internal struggles and the limitations of some of the world’s iconic leaders. For Pepsi’s ex-CEO, it taught the importance of building an inner character as much as building a career. It makes one of the best inspirational books for someone in jail.

The Better Angels Of Our Nature by Steven Pinker – Bill Gates

Steven Pinker’s bestseller is one of the most favorite books of the world’s richest man. This book focuses on how the world is becoming a better place and our assertion to violence declined across times.