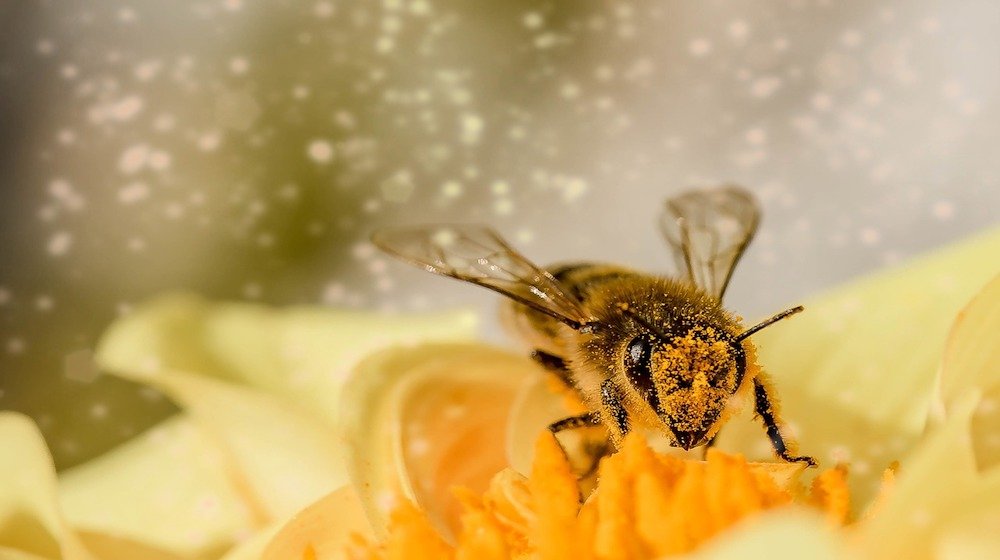 A new research study has revealed that you don’t need a massive brain to do mathematics.

In fact, a honeybee has been found to possess an inborn problem-solving ability.  The University of Sheffield has discovered that bees have the ability to pass a test relying on continuous, non-numerical signs rather than numbers.

The task used for finding bees’ ability to count involved a sugary treat being hidden behind one of a number of placards. Each placard had a different number of shapes displayed on it.

The research team observed that once the bees learned this rule, they quickly identified the placard with the highest or lowest number of shapes to find the treat.

The study then tried to find whether the bees were using non-number clues by showing two placards that had the same number of shapes but were spread out differently and weren’t the same size.

None of the placards had a treat  which clearly means that if the bees had used numbers to solve the first task they should have gotten to each placard equally in search of a treat.

Dr Hadi Maboudi, the lead author of the research paper said: “The results of our study show that animals are incredibly clever and can solve tasks in effective and unexpected ways.

“This will be very practical in the future of artificial intelligence for designing smart machines based on animals that have evolved for some particular tasks.

“This doesn’t mean that bees or other non-verbal animals can’t understand numbers, but it does suggest that animals use non-numeric properties to solve the math problems they often face if such information is available.

“However, we hope that our study provides insight into better methods of exploring mathematical cognition in animals.”

The findings of this research study could prove to be a big step forward in how AI and machines designing in future would take animals’s evolving problem solving techniques under account.