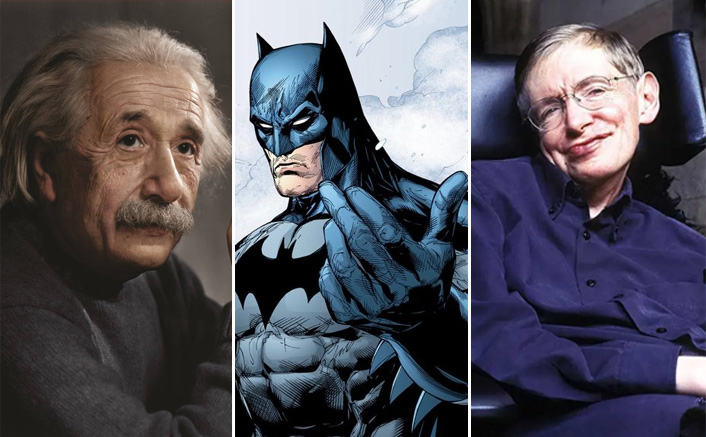 Batman is probably the most popular and loved superhero of all time. And even though Superman and Spiderman have given him a tough contest in the terms of popularity, Batman has now edged ahead in the current era of dark humour and serious misgivings – where people feel that Batman is more suitable to the current climate of the world rather than all-good Superman.

But Batman’s accolades are not without reason, he is incredibly smart and powerful and inventive. And he has some really strange secrets that most fans don’t know about.

Some of these secrets are good, some are bad, but all of them are definitely fascinating:

While Albert Einstein’s IQ was estimated to be somewhere between 160-180, Bruce Wayne has an IQ of 192! By this standard, Bruce Wayne is even smarter than Stephen Hawking, and Sheldon Cooper from The Big Bang Theory who has an IQ of 187.

Bruce Wayne’s name is derived from Robert the Bruce who was a Scottish national hero, and Mad Anthony Wayne who was a fighter in the American Revolution for freedom from the British Empire.

#3. You could study how to be Batman

The University of Victoria in Canada actually teaches a course called The Science of Batman.

The course description says: “The extreme range of adaptability of the human body explored through the life of the Caped Crusader.”

#4. Ben Affleck is the only actor who has been both Batman and Superman

Ben Affleck played a brutal, gruelling, dark, and powerful Batman in the Batman vs Superman film, while continuing this role in the film Justice League as well.

However, he also played an apparently soft and frail Superman in the film Hollywoodland. And who remembers when he was Daredevil, anyone?

When Bob Kane created Batman, he made him have a red bodysuit and flimsy bat wings, but then Bill Finger redesigned the entire persona of Batman. Bill Finger gave him the name Bruce Wayne, gave him a black batsuit, named the Gotham city, made a sleek looking cape and cowl. But he wasn’t even given credit for all this work.

Only recently DC Comics started giving him credit as a co-creator.

Why he insists on beating up poor criminals, instead of providing free college, workshops, eradicating poverty etc in his own city – we’ll never know. Or do you already know why is that?

#7. Batman was a Yellow Lantern

The Yellow Lanterns of the Sinestro Corps are powered by fear, so when a ring attempted to choose the best person on Earth when it comes to instilling fear, it chose Batman. Yup, criminals are that scared of Batman.