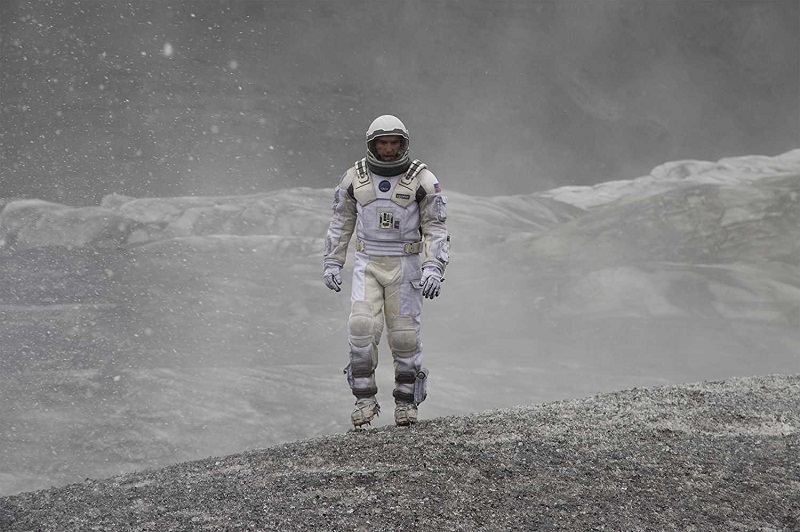 Outer space has always been an intriguing subject, even for the movies. This is why you will find so many films dedicated to the mysteries and wonders of space. Whether it is galaxy invasions, connections with the outer world, or self-discovery in the empty black vastness, space always qualifies as an interesting setting to tell stories.

Here are some of the best astronomy movies in no particular order that are popular for their cultural relevance and special effects.

Not just one of those brilliant astronomy movies, The Martian is also a love letter to the power of intellect. While it is a journey in space, it also takes you on a roller coaster of emotions. It is one of the most highly acclaimed roles played by Matt Damon who plays the character of a botanist on Mars. It is such a great space movie that will end you in tears for sure.

It’s only in a movie like Space Jam where you will find NBA legend, Michael Jordan, playing basketball with the Looney Tunes characters. That’s the thing; there is no other movie like it. This 88-minute children’s movie is bizarre, funny, and features physically impossible dunks. But we still love it! We have even heard the rumors about its sequel.

Some people might not agree with this, but Gravity is a profound experience in terms of astronomy movies. Alfonso Cuaron has done a brilliant job of dangling the tiniest morsel of hope with the thinnest piece of thread. Watching this movie does make you realize that you amount to nothing into the infinite vastness of space. Both Sandra Bullock and George Clooney have done a terrific job.

Christopher Nolan works his magic again in this space-themed name. What makes Interstellar a great space movie is its emotional voyage of space and time. Thanks to its release on IMAX, the magical experience of traveling through space and time even make the plot holes in the movie insignificant. No astronomy movie will ever provide you with such an enthralling encounter with space.

The first ever Marvel movie that was made without the weight of the Avengers. Yet, this astronomy movie is endlessly enjoyable with its bunch of mismatched superheroes. It is surprising, compelling, and genuinely fun. Chris Pratt has done an excellent job playing an intergalactic cool-jerk with a perfect combination of invested heroism and detached sarcasm.

Rogue One: A Star Wars Story

What makes this a great space movie is its high entertainment value. A war movie set in space, Rogue One is dark but also full of life. Yes, it has got its issues but even you would agree that it is the best popcorn movie ever made. The final battle scene is really incredible. Won’t you say?

How can we forget about Star Trek when we are talking about astronomy movies? More than a movie, Star Trek is a fandom. While this movie is set in space, it also revolves around family and emotions. The movie is raw in some places while average in other places but all in all, a great voyage into space. If Chris Pine is your love interest, you can never not like this movie.

This Pixar animation is not just the kids’ favorite but adults love it too for the poetic warnings about the consequences of society’s disregard for the planet. What makes this movie one of the most celebrates space-themed names is that it was essentially a silent movie in the entire first half. WALL-E, the robot, is just too cute to ignore and the adorable love story with beautiful Pixar animation is quite something.

A love letter to American ingenuity, Apollo 13 is one of those astronomy movies that you can watch multiple times and not get bored of it. Tom Hanks, Bill Paxton, and Kevin Bacon have done a tremendous job in the movie. What sets it different from other space-themed names is its story where everything goes right. Thanks to this movie, we got the most popular quote ‘Houston, we have a problem’.

Stanley Kubrick’s scariest movie ever, 2001: A Space Odyssey is by far the great space movie ever made. The space-themed movie leaves you both in horror and awe. The movie is about mankind’s quest to find the original of a mysterious artifact in the space with the help of a supercomputer.

These were some of the space-themed names in the movie world. Comment in the section below about your favorite space movies that are not on the list.