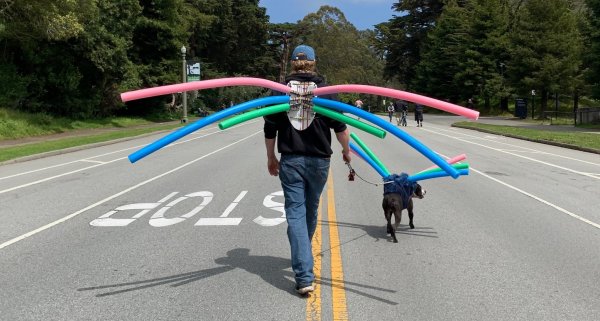 Scientists and doctors have been repeating it again and again – social distancing is important, you should wear a mask, don’t go out unless extremely urgent. But many people just don’t listen.

To counter such ignorant people and even to help the sensible ones keep safe, a German restaurant has come up with an ingenious idea.

This restaurant reopened with this fool-proof idea 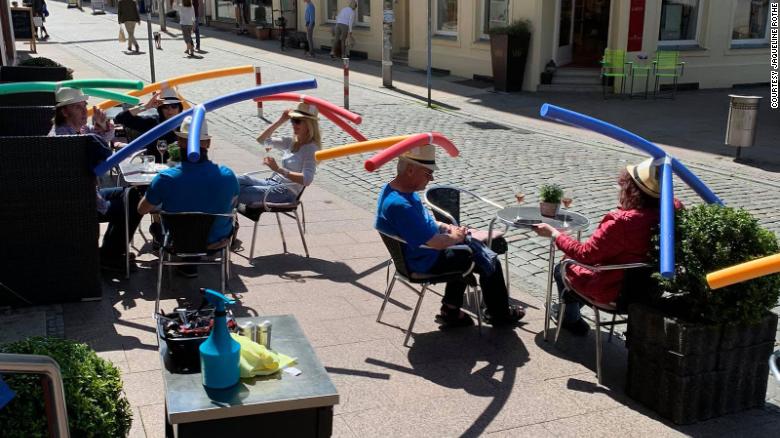 Many restaurants use floor markings and perspex screens to keep people away from each other, but Cafe Rothe of Schwerin in Germany did something different. They celebrated their grand reopening, and as people started coming in they were handed straw hats. The straw hats had colourful pool noodles attached on the top.

People enjoyed this new initiative and it helped them maintain social distancing.

Cafe owner Jacqueline Rothe posted photos on their Facebook page as people gathered in the sun to enjoy cakes, coffee, and beer.

“This was the perfect method to keep customers apart — and a fun one. It was a perfect gag and of course it was funny, our customers were really into it. But what it did show to us (was) how difficult it is to keep a distance of 1.5 meters (4.9 feet).”

The cafe had 36 inside tables and 20 outside tables earlier, but now they are functioning with just 12 tables inside and 8 outside. Even with reduced capacity, it’s hard to maintain social distancing because people often get careless and get close to each other.

Here’s the original creator of the idea 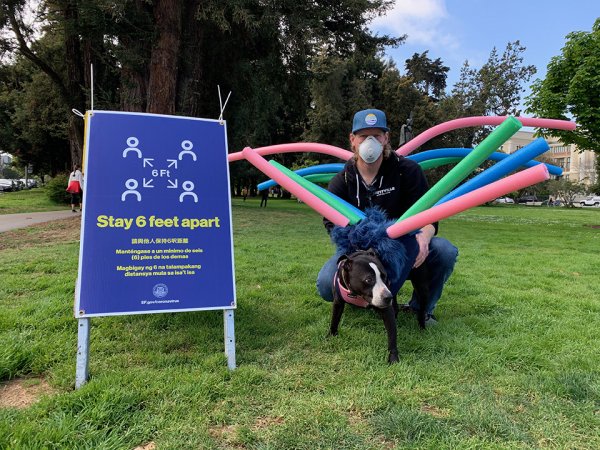 Ryan Dempsey of San Francisco created the concept of pool noodles to keep people away, and his photos ended up on Reddit from where other people in the world took the idea.

He had seen a friend using pool noodles on his bike to keep cars away, and he thought this could work on humans as well.

This is how you can do it too 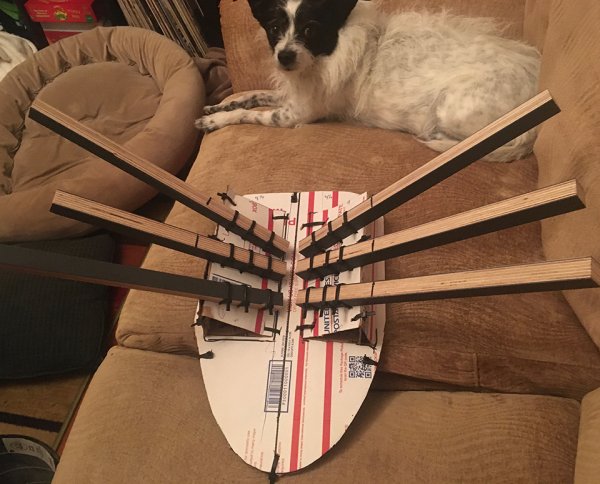 What you need is a cardboard frame attached with backpack straps so that you can wear it as a backpack. Then you can attach wooden sticks to the cardboard frame using zip-ties. Skewer the pool noodles through the sticks, and you are done.

Here’s the list of items that Dempsey suggests using:

He made a pool noodle backpack for his dog as well, and he has been getting a good response from people who meet Dempsey and his dog on their daily walks.

Dempsey has said that he’ll not sell the idea, but he’ll make a free online tutorial so that anyone in the world can make it for themselves.