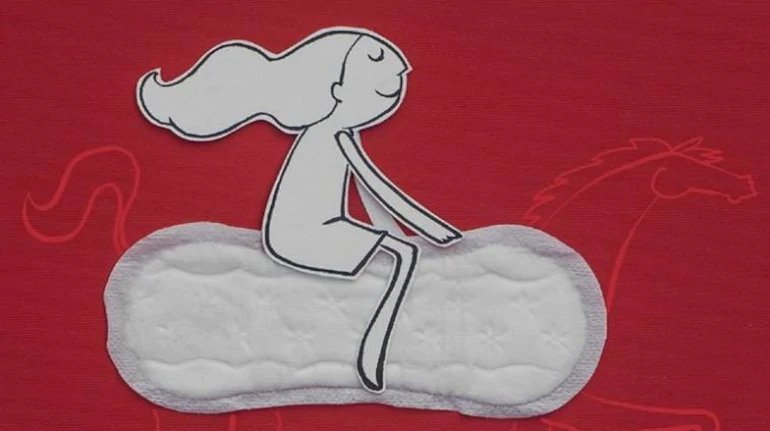 Women go through a lot throughout their lives – due to patriarchy, sexism, and overall bias in all aspects of our society. On top of that, the few days of menstrual period don’t make it any easier on them.

Women work through their periods, and they hardly get any relief from it even when they are facing pain and sickness due to menstruation.

In this country, period is such a huge taboo

What’s even more surprising is that this company is from India. Zomato, one of the biggest food delivery chains, has decided to offer period leave to women and trans people.

Remember that India is a country where old Brahminical superstitions still fester, and women on their period are often not allowed in kitchens, workplaces, places of worship. They are often not allowed to touch or handle other people’s food, pickles and not allowed to go in the presence of other men. Period is not talked about and menstrual pads are sold in secret. Many girls are not taught about hygiene and safe practices regarding their periods.

The founder and CEO of Zomato said that women and trans people would be able to take one day of period leave per month.

“At Zomato, we want to foster a culture of trust, truth and acceptance. There shouldn’t be any shame or stigma attached to applying for a period leave. You should feel free to tell people on internal groups, or emails that you are on your period leave for the day.”

He also urged anyone who experienced “unnecessary harassment” or “distasteful comments” for taking period leave to speak up, and told male colleagues it “shouldn’t be uncomfortable for us.”

“This is a part of life, and while we don’t fully understand what women go through, we need to trust them when they say they need to rest this out. I know that menstrual cramps are very painful for a lot of women — and we have to support them through it if we want to build a truly collaborative culture at Zomato.”

Some states in India have already started this initiative, offering two days of monthly leave for “biological reasons” but the central government hasn’t supported this.

But there is this controversy

However, this move by Zomato also faced some criticism – some arguing that it should be 12 days instead of 10, and others said that it screams “special treatment” and would lead to further discrimination against women in the workplace. Well, if that is the problem then we need to work on getting rid of the misogynist biases instead of hurting women’s rights.

As a social activist said”

“Let society accept who we are and how we are, instead of trying to fight to become what men are.”

Similar schemes have been in place in a number of Chinese provinces and other countries in Asia for years. Women in Japan have been granted menstrual leave since 1947.