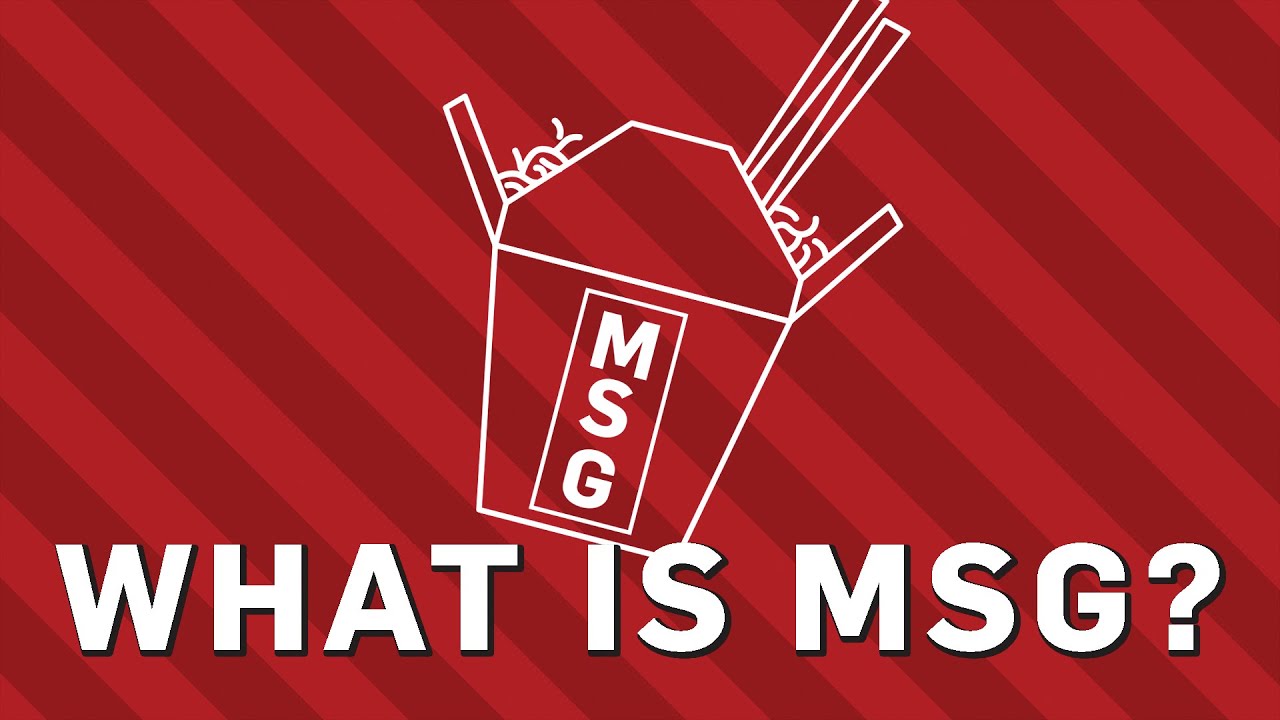 Gluten, GMO, Organic, Vegan, MSG – all these strange new terms have been quite all around in discussions as people decide what’s safe to eat and what isn’t.

MSG, also known as Monosodium Glutamate, is a food additive in Chinese cuisines and most people think that it is a dangerously unhealthy thing to be put in their food. Many countries have banned MSG, but is it really that dangerous?

Do not be spooked by the chemical name

Monosodium glutamate(MSG) is indeed a processed ingredient, but so are Fructofuranosyl glucopyranoside (table sugar), sodium hydrogen carbonate (baking soda), sodium chloride (table salt) – and so on. Do not be spooked by the chemical names.

There is no scientific evidence that MSG is actually harmful, and people only consider it dangerous because of racist propaganda against Chinese products.

Even the Webster dictionary has a term for this

The propaganda runs so deep that even Merriam-Webster dictionary had an entry named “Chinese restaurant syndrome” which referred to the effects of people getting sick and dizzy from eating “Chinese food heavily seasoned with monosodium glutamate.” Now, there is a campaign to remove this term from the dictionary, because science has proven MSG is not harmful at all.

Many chefs and doctors have spoken against the misinformation that runs rampant against Asian cuisine, in particular the Chinese cuisine which is supposed to have MSG.

MSG is used in popcorn, chips, soup, and countless other food items

MSG is not only used in Chinese dishes, but also in popcorn, chicken stews, meat stock, soups, instant noodles, ranch dressing, fried rice, and even in chips and Doritos.

But the most obvious that most people don’t know is that MSG is naturally found in tomatoes and cheese. It is just extracted and fermented – very similar to how we make yogurt and wine. MSG is not any more processed or unnatural than yogurt or wine.

MSG provides the fifth basic taste – umami – and it is the complex savory taste we find in mushrooms and cheese.

Research has found this about MSG

Food and Chemical Toxicology journal found that even decades of research found nothing against MSG.

FDA ran a long inquiry into MSG during the 1990s and then declared that MSG was safe. The addition of MSG in foods is “generally recognized as safe,” says the FDA site.

A joint study by the World Health Organization and the United Nations Food and Agriculture Organization “failed to confirm an involvement of MSG in ‘Chinese Restaurant Syndrome’,” and noted that the syndrome itself was based on “anecdotal” evidence rather than any scientific fact.

This what the legendary chef Anthony Bourdain said

But popular culture filled with racist rhetoric kept spreading the idea that MSG was some dangerous compound that the Chinese used, and Chinese food has always faced bias and stigma in the west.

Renowned chef Anthony Bourdain, who had traveled all over the world to explore different cuisines and cultures, had said once:

“I think (MSG) is good stuff. I don’t react to it — nobody does. It’s a lie. You know what causes Chinese restaurant syndrome? Racism.”

But there are also questions about why Chinese and Thai food are considered cheap and low quality, while other foreign cuisines such as French or Italian are considered classy and sophisticated. The answer is definitely racism.

While we are at it, let’s repeat some obvious scientific truths: Gluten does no harm at all. Everything we eat is GMO and it’s absolutely safe. Organic food is a scam to earn more money. Vegans are sanctimonious, self-righteous people who fail to consider how vegan practices cause even more harm to the lower class people who are engaged in farming their agave and soya and avocados and cashews.