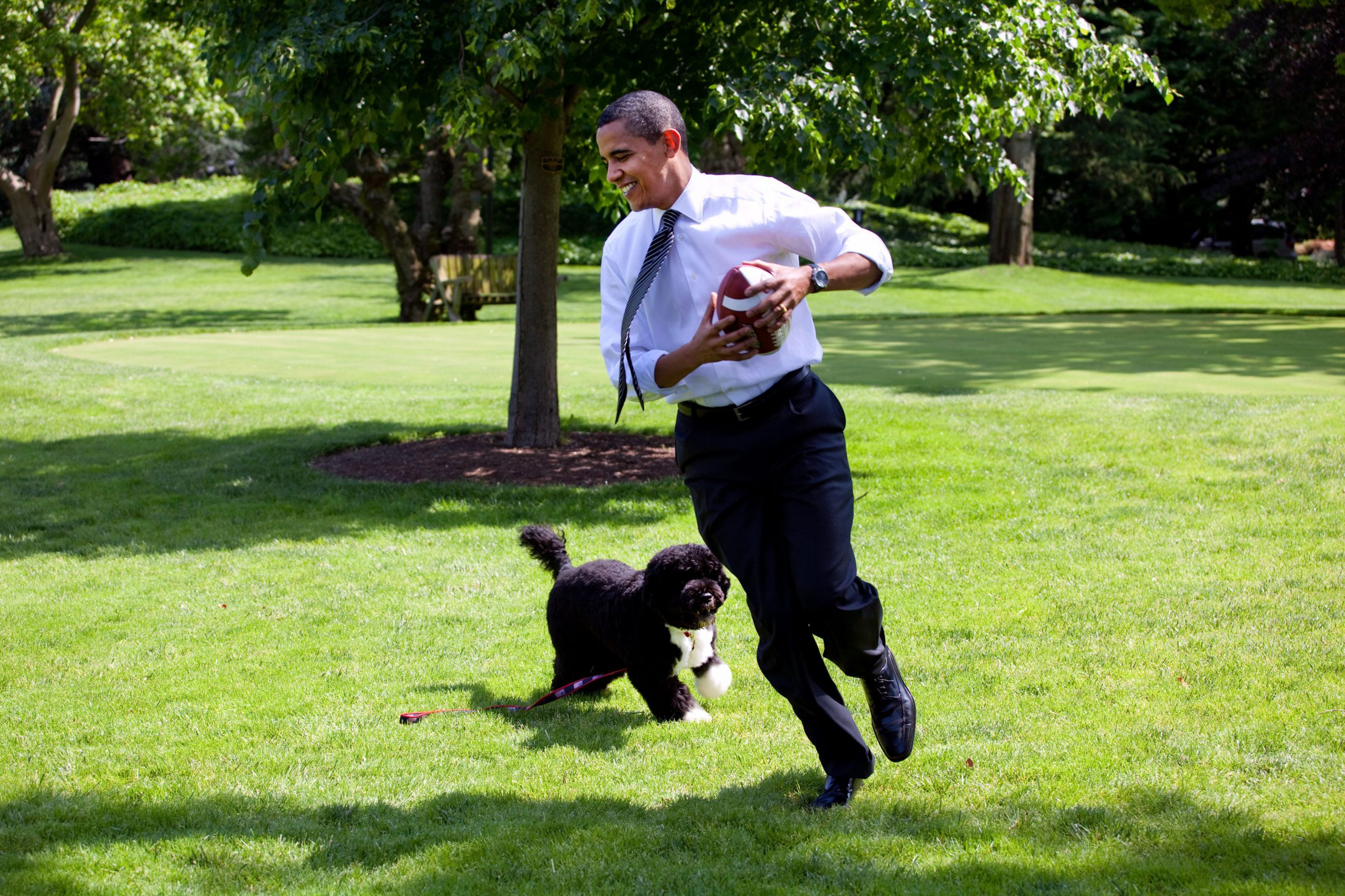 The Obama family expressed their grief after their beloved dog, Bo passed away. Both Mr. and Mrs. Obama shared the sad news on their respective social media handles on May 8.

On Instagram, the former President shared several images of himself with Bo as the caption said: “Today our family lost a true friend and loyal companion. For more than a decade, Bo was a constant, gentle presence in our lives—happy to see us on our good days, our bad days, and everyday in between.”

Mr. Obama continued: “He tolerated all the fuss that came with being in the White House, had a big bark but no bite, loved to jump in the pool in the summer, was unflappable with children, lived for scraps around the dinner table, and had great hair. He was exactly what we needed and more than we ever expected. We will miss him dearly.”

Michelle Obama also expressed the same emotions as her husband. Highlighting the kind of positive impact Bo had on their daughters Malia Obama, 22, and Sasha Obama, 19,  she opened on her and her husband’s relationship with Bo as well.

In a post shared by her on Instagram said: “This afternoon was a difficult one for our family. We said goodbye to our best friend—our dog, Bo—after a battle with cancer.”

She recalled: “On the campaign trail in 2008, we promised our daughters that we would get a puppy after the election. At the time, Bo was supposed to be a companion for the girls. We had no idea how much he would mean to all of us.”

“For more than a decade, Bo was a constant, comforting presence in our lives. He was there when the girls came home from school, greeting them with a wag. He was there when Barack and I needed a break, sauntering into one of our offices like he owned the place, a ball clamped firmly in his teeth. He was there when we flew on Air Force One, when tens of thousands flocked to the South Lawn for the Easter Egg Roll, and when the Pope came to visit. And when our lives slowed down, he was there, too—helping us see the girls off to college and adjust to life as empty nesters.”

She also shared how the pandemic allowed her family to spend more time with Bo.

“This past year, with everyone back home during the pandemic, no one was happier than Bo. All his people were under one roof again—just like the day we got him. I will always be grateful that Bo and the girls got to spend so much time together at the end,” she added.

She further said: “As a family, we will miss Bo dearly. But we are thankful that he lived such a joyful life full of snuggles, games of fetch, and evenings spent lying on the couch.”

Michelle concluded her post with a heartwarming message saying: “Please hug the furry members of your family a little closer tonight—and give them a belly rub from us.”