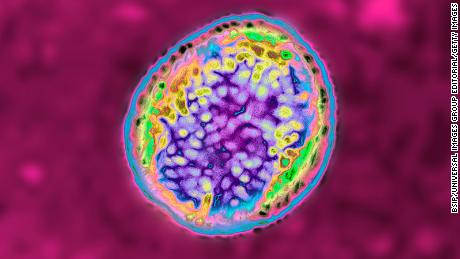 Seems like China has become a hub of new and strange kind of infections. While COVID-19 emerged from China, and then a Hantavirus outbreak that was stopped in time. After that, we saw how the deadly Black Plague revived itself in China.

And now, a weird bacterial infection that is making men infertile apart from causing a host of health problems.

This bacteria leaked from a bio factory in China

From the city of Lanzhou in the Gansu province of China, nearly 21,000 people were tested and most of them tested positive for this bacterial disease called brucellosis – according to a report by the local Health Commission.

This bacteria named Brucella spreads to humans from livestock which are the carriers of the disease. But this particular outbreak is caused by a leak from a biopharmacy company that happened last year.

CNN reports say that the bacteria leaked from the Zhongmu Lanzhou biological pharmaceutical factory during July and August last year. It is probable that while the factory was producing vaccines for the bacteria, but it was somehow able to escape through the waste gas.

Here are the symptoms of the infection

According to the CDC (United States’ Centers for Disease Control and Prevention), this disease is also known as Malta fever or Mediterranean fever, this can cause inflamed testicles and render some men infertile.

Primary symptoms of this infection are headaches, muscle pain, fever, fatigue, and inflamed testicles that can lead to infertility in men. When serious, these symptoms can also get chronic and will never go away. It can also cause arthritis, and swelling in your organs.

But there is little reason to worry, since human-to-human transmission in this disease rarely ever happens. You can only get infected if you eat contaminated food or breathe in the bacteria.