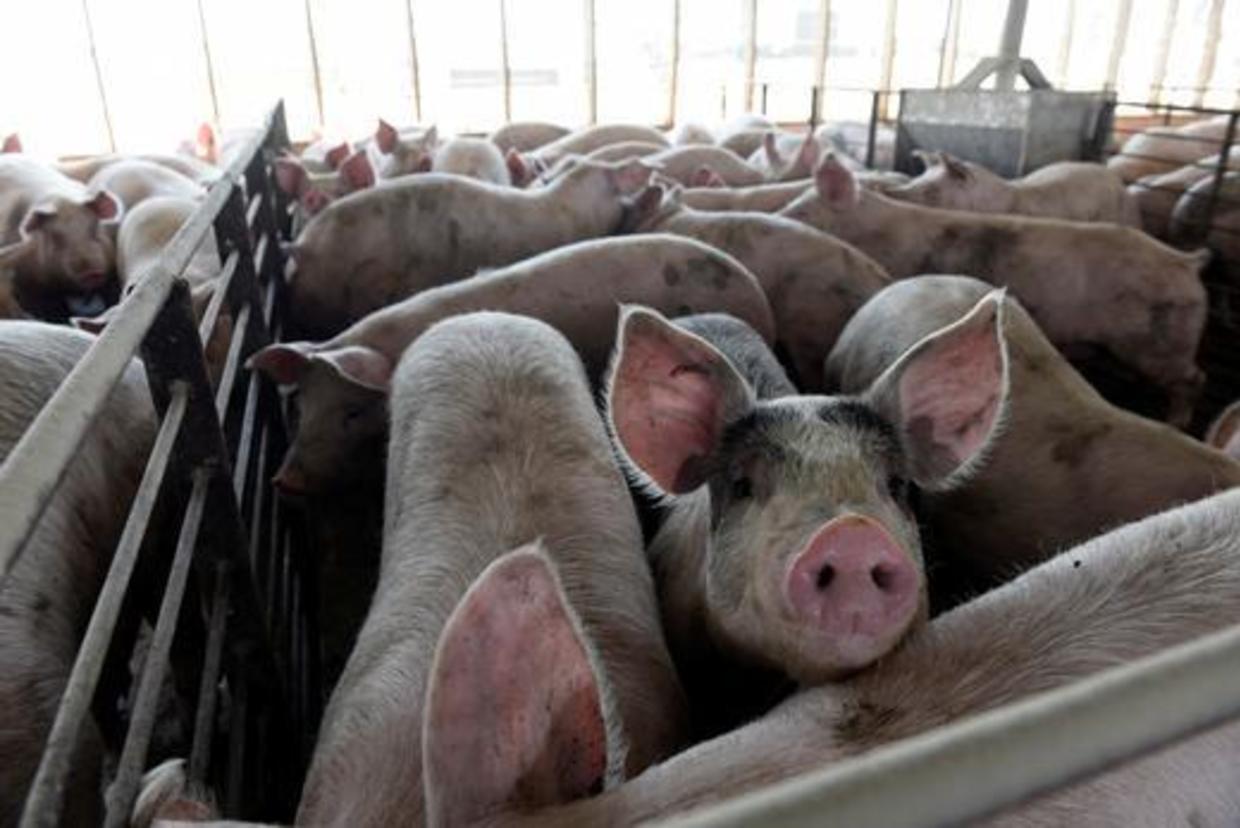 One of the horrid impacts of the COVID-19 pandemic is the food crisis that has arrived. Since food banks have extreme need for food, and grocery stores are getting emptied out due to people stocking up – there is no supply of food coming in.

Meat factories are closed down due to high risk of employees catching Coronavirus, and so farmers have decided to cull 10 million pigs just in the USA.

Why did they decide to kill the pigs?

Since they cannot sell the pigs to factories and keeping pigs while feeding them is an extremely expensive affair – they have been left with no choice. Overgrown pigs also leave no space for the growing pigs, and they often fight viciously which results in the death of animals inside the hog pen.

However, they can donate the livestock or slaughtered meat to hungry families and food banks which can process them – but somehow killing the animals seems like the most viable option to the large-scale animal farmers.

10 million pigs will be killed

National Pork Producers Council of USA said that nearly 170,000 pigs are sent to plants every day, but now the number has reduced because the plants are closed.

They have now planned to kill 10 million pigs before September, to avoid overcrowding and cut down on the feeding expenses. Even meat companies agree with this plan.

It has been founded that there are 14,000 coronavirus cases linked to 181 meat processing plants in the US which have resulted in the death of 54 employees. Meat factories are especially vulnerable to Coronavirus since employees work there cramped in confined spaces, while handling of meat means they would have direct and indirect physical contact.

So there was no choice left but to close down the plants.

American government will help the farmers in killing pigs

The American government will now help the farmers in killing their pigs and disposing of their carcasses. Some companies have already started the business of killing pigs, one meatpacking company JBS has said that their meat factory can be reopened as a euthanasia center and they could kill 13,000 pigs every day.

America raises nearly 150 million pigs per year, who are later slaughtered and converted into meat. Now, the choice of killing pigs is something that makes no one happy since their meat would definitely go to waste.

Some farmers have found a solution to save their pigs

Some farmers have changed the diet of their pigs and increased the heat in their farms to reduce the appetite of the animals. This has certainly helped in reducing the crowding.

Many farmers have also decided to sell their pigs to local butcher shops, food pantries and renting extra barn space.

“We do everything we can to keep our animals healthy and thriving so they can be put to good use on dinner tables all across America. Throwing them away and wasting the time, care, effort and resources goes against every fiber of our being.”

Meat companies can help in saving the pigs, but they aren’t doing it

Even though the farmers are not liking this idea of euthanizing the pigs, they are left with no choice. But meat companies can easily accommodate and afford to sustain millions of pigs until the lockdown is over.

But they aren’t doing it.

But they certainly won’t do that since the USA has the habit of destroying produce when it can’t be sold. Throughout history, American companies have burned clothes, destroyed food, thrown away milk – because it couldn’t get consumed. The better option would be to donate them or to sell them at a cheaper price, but they would rather destroy their products than to let them come to use for needy people. Somehow in capitalism, and especially in America – maintaining inflated prices has been deemed more important than helping people.