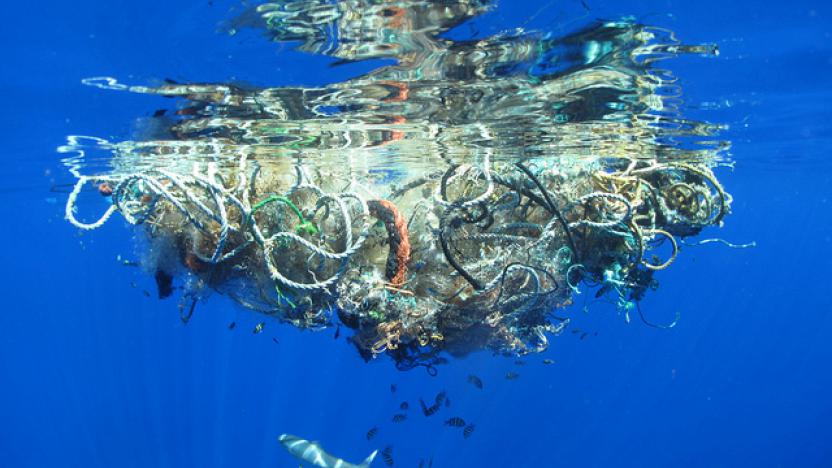 Plastic waste is one of the biggest problems in the world. Scientists recently discovered a terrifying kind of rain – plastic rain. And now they have discovered millions of tons of microplastic that is now buried in the seafloor.

This microplastic is in form of extremely small particles that are invisible to human sight. But these millions of tons are in addition to millions of tons of plastic in the form of bottles, packaging, industrial waste, and other products.

24 shopping bags of plastic in one foot of area

According to Australia’s National Science Agency, there are around 15.87 million tons of microplastic on the seafloor. If you want to know how much that is, then this means that each square foot of the ocean floor has 24 shopping bags worth of plastic. This number holds true for every continent on Earth except Antarctica.

But that is just for the ocean floor, the entire ocean has more than 150 million tons of plastic in it.

Which is literally overkill.

All these particles are around 5mm to 1micrometer in size.

While bigger plastic waste causes problems for big and medium-sized organisms, the microplastic creates danger for all the organisms since it pollutes the water as well as the soil. It even harms the ocean plants. Many dead whales have been found with hundreds of plastic materials in their body.

Microplastic is in water, in air, in your body

As industries are adamant on producing plastic and using it everywhere, the amount of plastic waste has increased everywhere. Not only in the ocean, but they are also found in the air and in the drinking water, and even in the falling rain. Even many people were examined and it was found that human organs also have an abnormal amount of microplastic in them.

Every year, industries dump almost 8.8 million tons of microplastic every year into the ocean.

The hypocrisy of the pro-environment agenda

What is most ironic is that the entire “environmental movement” is focused on blaming individuals for using plastic, but never questions the industries which produce the plastic in the first place.

In many countries where plastic gets banned by the government, it is often the small shopkeepers who are attacked and arrested for using plastic and no one thinks about actually confronting the companies and factories which are still producing plastic even after the ban.

The findings were published Monday in a new study by the Commonwealth Scientific and Industrial Research Organization, or CSIRO.

“It really points to the ubiquity of the problem. It is really everywhere, all the time and increasing,” Britta Denise Hardesty, a principal scientist for CSIRO and an author of the study, said in a phone interview Wednesday.