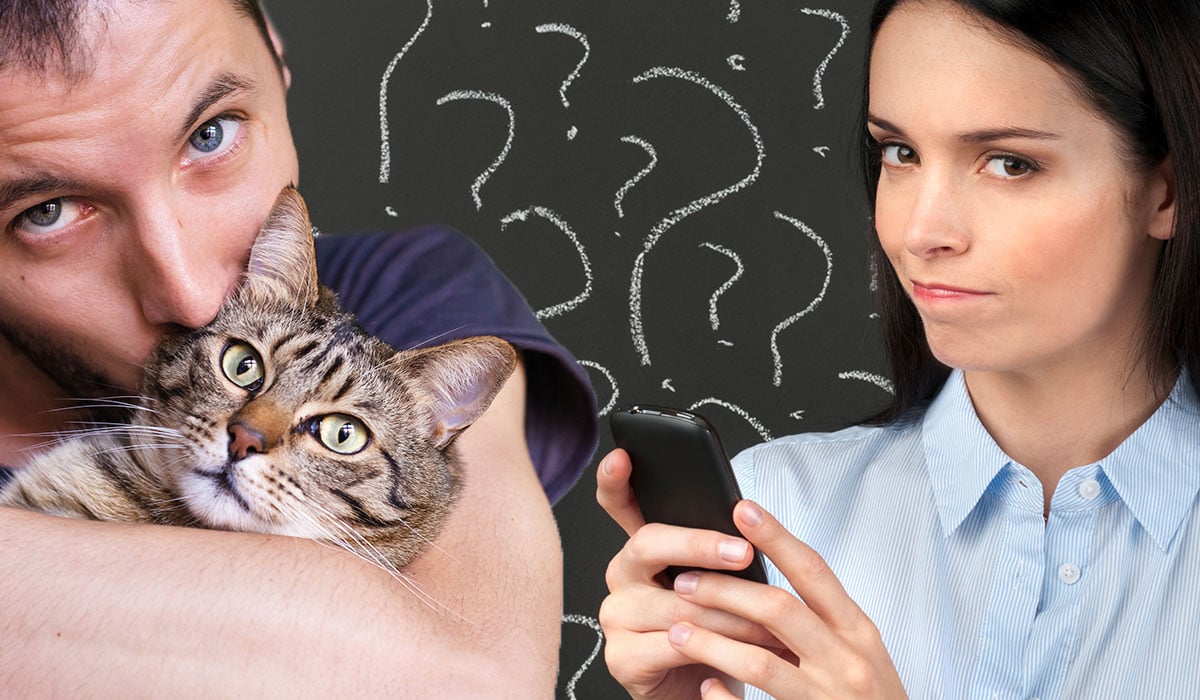 The general idea till now is supposed to be this: if you are a man and you have a cat, that makes you quite desirable among the ladies. You’d be seen as sensitive, and in touch with your feminine side and that’s a quality many women find desirable.

But a new study combined with a survey has come out that shows quite the opposite: men with cats are less likely to get dates, and women are more likely to ignore them.

So what’s the catch?

A study from Colorado State University has found that men with cats are less likely to be chosen by women as dates.

The study involved hundreds of women where they were shown pictures of men and asked to choose what man they would like to date.

Why do women not want men with cats?

The authors of the study said that men with cats were seen as less masculine, more lonely, more prone to anxiety and depression, and less dateable.

The researchers pointed out that men with dogs are seen as more caring, emotionally intimate, and masculine.

The stereotype for cats is that cats are more independent, and they require less care and attention as compared to dogs. So the most cat owners are seen as people who are not able to provide much affection and care, and they replace the need for human contact with a pet that needs minimal effort. Cat people are often seen as lonely, introverted, and depressed.

So the researchers say that most women involved in the study were acting on these stereotypes.