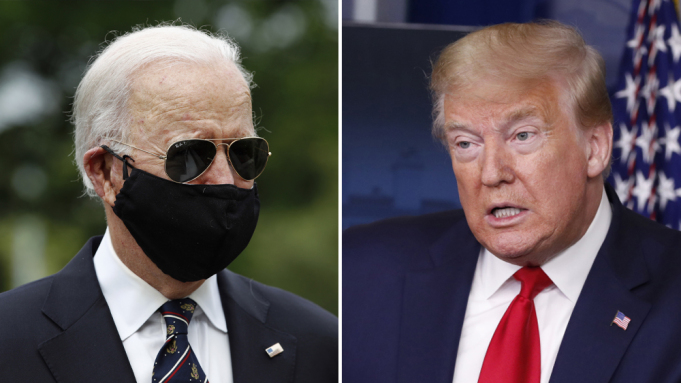 What’s the deal? Why is there no single opinion on which all doctors can agree all the time? Let’s find out.

Recently, this possibility has floated that there could be a law in the US that would make masks mandatory for everyone. But Trump dismissed such notions and said something that was said months ago and holds no validity at this moment.

But Donald Trump also said that he believes in masks.

“All of a sudden, everybody’s got to wear a mask. And as you know, masks cause problems too. With that being said, I’m a believer in masks. I think masks are good.”

In February, they said don’t wear a mask. Now they have changed their mind. Why?

In February and March, Dr Fauci and other scientists all over the world had said that the general public shouldn’t wear masks. Why did they change their mind then?

It turns out that back then, it wasn’t known how exactly the Coronavirus spreads itself. Now it has been discovered that the virus can spread just by breathing or talking. It has also been learned how incredibly contagious this virus is, that without social distancing and masks and stay-at-home orders – it just won’t stop. As you have seen by increasing cases in the US because people won’t follow simple rules.

Another reason why the doctors advised people to not wear masks is that there was a severe shortage of masks back then, and the doctors and nurses had to use plastic covers and garbage bags as their PPE. This even happened in America which boasts itself as the best country in the world, and spends trillions of dollars on military and police.

There are reasons why strict guidelines are needed to stop the spread of Coronavirus:

In other words, it’s not just people who are sneezing and coughing who can spread coronavirus. It’s often people who look completely normal and don’t have a fever. And that could include you.

Why should you wear a mask?

Mask is to protect other people if you might be unknowingly infected. And since most of us don’t know who really is infected, all of us should wear masks.

If 95% of the people wore a mask, it could prevent 1 million deaths by November – according to the University of Washington.

Wearing a mask reduces your chance of transmission by 50%.

Is there any way to get out of wearing a mask?

Although children younger than 2 years old and people with breathing problems shouldn’t wear a mask – but they are the ones who should also stay home and not go out cribbing about their “freedom.”

There is no evidence that wearing a mask would reduce your oxygen supply or anything.

What about your freedom?

“Some feel face coverings infringe on their freedom of choice –but if more wear them, we’ll have MORE freedom to go out. Face coverings, less asymptomatic viral spread, more places open, and sooner! Exercise and promote your freedom by choosing to wear a face covering!”

But who are you kidding? Most people in the world live in capitalist police states where the only choice you have is either to make the capitalists richer by your labour or starve to death. Protesting this will get you jailed or killed. In America, Black protestors are being picked up by the Federal agents and then executed at unknown locations. In India, anyone protesting against fascism gets jailed or lynched.

Freedom in a capitalist regime is an illusion anyway. We are all captives of capitalist overlords. Not wearing a mask will change nothing, but only get you and others killed. Wear a damn mask.