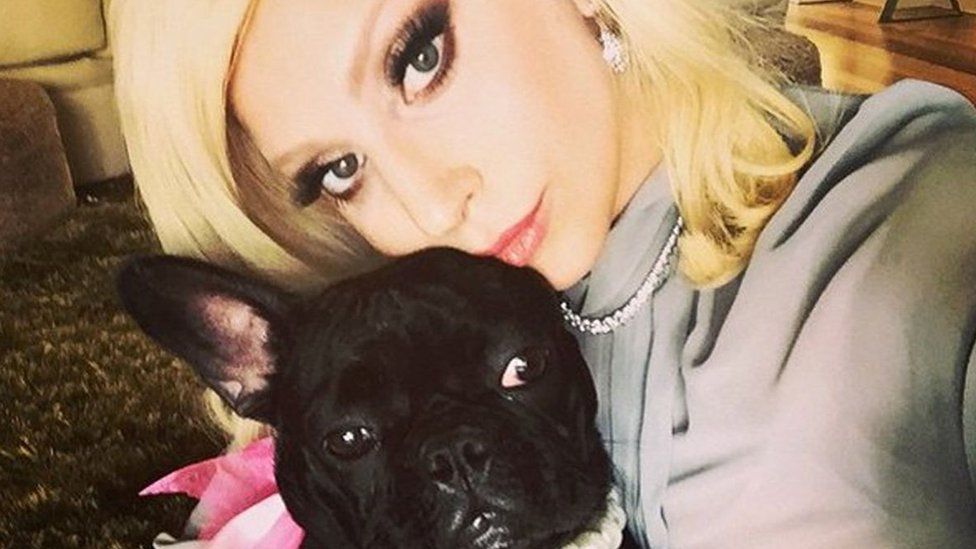 Two of the three French Bulldogs were stolen after a gunman shot Lady Gaga’s dog walker in Hollywood, Los Angeles. One of the dogs managed to escape and has been recovered safely.

As per Los Angeles Police, a male suspect fired a semi-automatic handgun at the dog-walker Ryan Fisher getting his hands on the dogs. Fischer was then taken to hospital.

The Bulldogs Koji and Gustav have been stolen and the third one named Miss Asia ran away as Police recovered it.

“Two suspects exited the vehicle and demanded the victim turn over the dogs at gunpoint. The victim struggled with the suspects and was shot once by one of the suspects,” LA Police stated.

The singer is believed to be offering $500K to anyone who returns Koji and Gustav. Gaga’s press representative shared that anyone with the information on the dogs’ whereabouts can email KojiandGustav@gmail.com with “no questions asked” policy.

Was It A Planned Attack?

Clearly, French Bulldog is a premium dog breed but the speculations are such that Lady Gaga’s celebrity status can also be the reason behind this attack.

Lady Gaga has won 11 Grammy Awards, headlined Super Bowl halftime and has now also starred in 2018’s “A Star is Born” with Bradley Cooper and winning an Oscar.

However, this is not the first time when a French Bulldog has been stolen. There have been various such cases where things turned violent as the pets were stolen.

French bulldogs are hugely popular and in much demand. The breed is notoriously difficult to breed so it requires artificial insemination and they usually have to be delivered by Caesarean section. A French Bulldog puppy can cost thousands of dollars.

The Los Angeles Police Department confirmed that they are searching for a man who “fired a gunshot from an unknown location and struck the victim” on North Sierra Bonita Avenue at 9:40pm on Wednesday night. A “possible suspect” is believed to have fled off the scene in a white vehicle towards Hollywood Boulevard.

It’s still uncertain whether Lady Gaga’s dogs were specifically targeted in the attack.