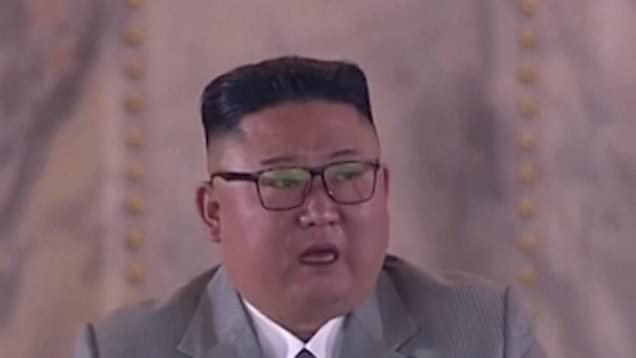 In a strange and unexpected turn of events, North Korean leader Kim Jong-un started crying in public while giving a speech. He also rendered a heartfelt apology to the North Korean people.

And the whole thing was caught on video.

And if you have been wondering what exactly caused him to break down like this, there is a valid reason for that.

He apologized to the North Korean people for his failings

Kim was speaking at the huge military parade in Pyongyang. It was the occasion that marks the 75th anniversary of the ruling Workers’ Party of North Korea.

During his speech, he got emotional, removed his glasses, and wiped away his rolling tears.

While the capitalist propaganda journalists are now saying that this is because of Kim feeling the pressure on his own regime, the actual reason was what Kim said himself in the speech:

“Our people have placed trust, as high as the sky and as deep as the sea, in me, but I have failed to always live up to it satisfactorily. I am really sorry for that.”

This is the video in which he cried:

He also referred to his grandfather and father, who were the leaders of North Korea before him:

“Although I am entrusted with the important responsibility to lead this country upholding the cause of the great comrades Kim Il-sung and Kim Jong-il thanks to the trust of all the people, my efforts and sincerity have not been sufficient enough to rid our people of the difficulties in their lives.”

A translated version of his speech was published in the Korea Times as well.

The parade obviously contained many exhibits of new missiles and military equipment, but Kim Jong-un’s speech was mostly focused on connecting and communicating with the North Korean people.

Kim Jong-un also offered his support and best wishes to the people all around the world suffering from the COVID-19 pandemic. He also hoped for an improvement in the relations between North and South Korea.

The hypocritical US government wants North Korea to give up nukes but USA has 6800 nukes, North Korea has only 30

Ever since the pandemic started, North Korea’s biggest trade partner China has been forced to close down its borders and that is why North Korea’s resource supply has been affected.

On top of that, most capitalist countries in the world have placed heavy sanctions on North Korea in order to bully the little nation for having nuclear weapons when countries like USA own more nukes than the rest of the world combined.

Most of the countries have been bullying North Korea, and demanding that North Korea gives up all its weapons and gets completely denuclearized. In this manner, North Korea will lose any mode of defence or deterrence it can have against the constant war crimes and imperialism of US.

But Kim is adamant and he has said that he will not be bullied into submission. Without referring to the US, he said he is ready to mobilize his military if the need comes.