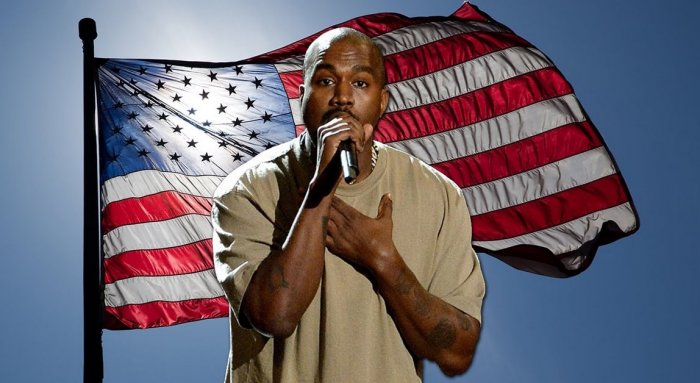 Seems like Kanye West is over his infatuation and unhealthy obsession with Donald Trump. In the past, he has told Trump that the “MAGA” hat made him feel like Superman but now it seems like he will go head-to-head against Trump in the presidential election coming November.

What’s more surprising is that Kanye West has said that he will be “fighting for Bernie Sanders’ policies.”

What does this mean? Has Kanye changed suddenly from a full-blown Republican into a Democratic Socialist? Is he even serious about this election? Can he win?

Kanye has always been pro-Trump, why is he going against Trump now?

Kanye West had declared that slavery was a choice, and he often trotted around in a red MAGA hat – despite being aware that Donald Trump is a racist.

But now Kanye seems to have his eyes opened since he has observed how Donald Trump has handled the issue of Black Lives Matter and police brutality against black people. He even donated $2 million to the families of George Floyd, Ahmaud Arbery, and Breonna Taylor – the three black people who were killed by white police officers.

As everyone knows, Kanye West had been a passionate supporter of Donald Trump over the years, so much that black community started considering him a “class traitor” – a person from an oppressed community who acquires prosperity and then joins the class of oppressors due to this newfound wealth and esteemed social status. “Class traitors” are people who often forget their roots and parrot the opinions of the privileged class and wrongfully blame their community for their struggles.

If Donald Trump won randomly, so can Kanye

Before you dismiss Kanye, remember that Donald Trump who was a random billionaire and reality TV star had won against a career politician Hillary Clinton. So Kanye West might just have a shot here, considering that Donald Trump is not doing such a great job.

Kanye announced on his Twitter that he will be running for the US Presidential 2020 election, and his tweet received a huge response from the public.

We must now realize the promise of America by trusting God, unifying our vision and building our future. I am running for president of the United States ??! #2020VISION

There were many who ridiculed him as well, but he got an endorsement from Elon Musk and his wife Kim Kardashian, and that swung things in his favour.

Will Taylor Swift make a better president than Kanye and Trump?

On the other hand, most people were of the opinion that Taylor Swift would make a better President than him and Trump since not only she has more followers than them but she is also more intelligent, rational, and anti-racist than even Kanye himself who thinks that slavery was a choice black people made.

Maybe Kanye is too late to join the election

Although it’s difficult to say how serious Kanye West really is, since it is possible that he is already too late to join the presidential race. The election is only four months away, and he has missed the deadline to run from most states in the US. He can file as an independent candidate but he’ll have to find out which states are still open for submitting applications.

After that he’ll need to register with the Federal Election Commission, and create his campaign platform along with collecting enough signatures to get on the ballot in November.

Kanye will be bringing policies of Bernie Sanders

There have been numerous occasions in the past when Kanye West has suggested the idea that he wants to run for President. In 2015, while attending the MTV Music Awards he had said he would run in 2020. But last year, he tweeted “2024” as a cryptic clue that he will be running in 2024. But now he has suddenly announced his candidacy, and nobody expected this.

While attending an interview in 2018, Kanye had said that he would run on a Trump campaign with the ideas of Bernie Sanders:

“My platform would be Trump campaign and maybe Bernie Sanders principles. That would be my mix.”