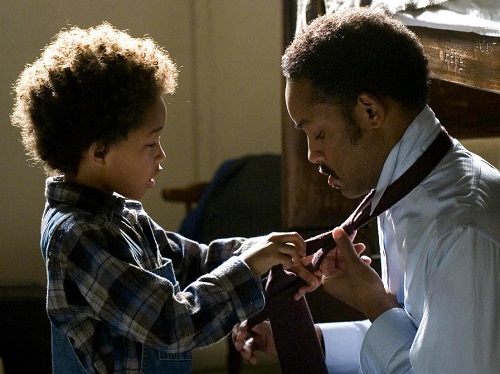 Movies can inspire us like thought-provoking lessons of life. They are eye-catching, memorable and out of the box. So they provide us with a more personal and emotional experience. Hence it is very easy to catch a life-long message from a movie and even begin to apply that.
If you have been looking out to such movies from your friends for the right reasons, we have accumulated a list of 7 inspirational movies that sent us some meaningful messages. 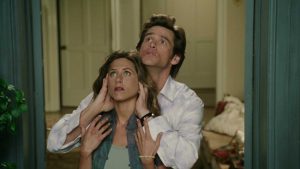 Bruce Almighty
Bruce Almighty is a fun yet inspiring film with a meaningful message. It’s about a TV reporter (Jim Carrey) who constantly has bad things happening to him. He complains that God is doing a terrible job — at which point God appears to him and offers him all his powers to see if he can do a better job. Along the way, he learns lessons that change his life. 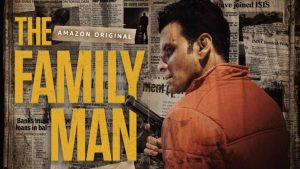 The Family Man
It’s a great movie that gets you thinking about life, though I’m not in exact agreement with the implicit message that life has to be either/or — in this case, either wealth or family, not both. It encourages people to justify not pursuing career/wealth goals because they have a family, or that they shouldn’t pursue love/ have a family because they’re busy with work. Both are achievable — it’s a matter of expanding our capacity, prioritizing, and planning. 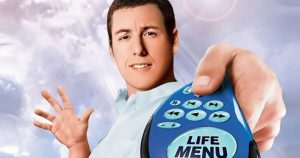 Click
Click is about a man (Adam Sandler) who receives a magical remote controller that allows him to rewind, stop, and fast forward through time. He uses it to skip past moments that he finds mundane/boring like family dinner, shower, and sickness. Initially this seems fun, but after a while he realizes that it comes with unexpected consequences — which you have to watch to find out. As simple and one dimensional the movie sounds, it teaches us how every moment in life is just as important as any other. Be it a good moment or a bad one, it redirects your life into a direction which is well balanced. 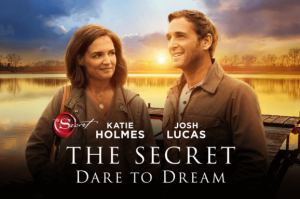 The Secret
The Secret is a self-help film on the Law of Attraction and positive thinking. It’s more of a documentary, not a fictional film. The Law of Attraction (LoA) refers to the idea that both your conscious and subconscious thoughts affect your outcomes in life. The Secret took the world by storm when it was released and has been featured on Oprah, The Ellen Show, Larry King, among countless other mainstream media.The movie instigates a more aware conscience and teaches you to bring it to control. 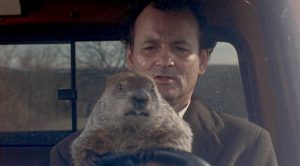 Groundhog Day
So this movie is a really interesting one. Forget that the reason behind the time loop is never explained, because that’s not the point. Forget that this movie is somewhat old (released in 1993). Groundhog Day has deep messages that may elude you in your first viewing, and the interpretation depends entirely on who’s watching. The movie never actually discusses the lessons it’s trying to drive — rather, they are meant to be implicitly observed and interpreted by you. 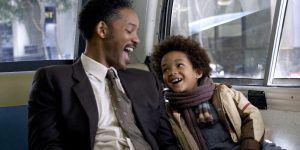 The Pursuit Of Happiness
The Pursuit of Happyness is about a salesman (Will Smith) who undergoes defeats, challenges and hardship such as his wife leaving him, being rendered homeless, etc. to secure a better living for his son. Throughout his journey, he never once gave up, and stood firm to his goals. The mood of the show is slow and somber, intended for the audience to experience more fully what the character is going through. Besides determination, self-belief, persistence and going after our dreams, the story also speaks strongly of a dad’s love for his child.