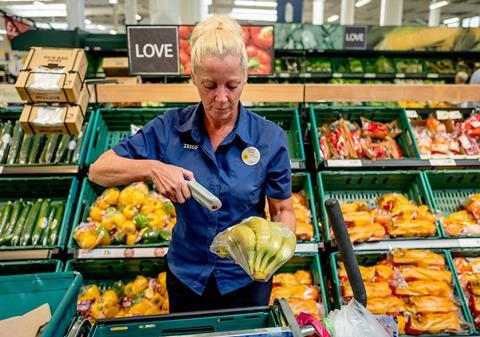 Just because some people’s job is to be nice to their customers, it’s unfair to take them for granted.

A supermarket worker shared her views on how it is to serve the annoying public and explained her day-to-day experience.

TikTok creator Charlie, @charlie.smth said: she gets to hear the “same thing 13 times in half an hour” and shared how fed up she is with the customers who think they are funny.

In her video called ‘five things that customers say, that always get on retail workers’ nerves,’ she said: she is sick of hearing “I only popped in for one thing,” or “it must be free,” when items don’t scan on the counter.

Charlie’s video clip garnered over 663,000 views & over 80,000 likes in no time, many comments that the video received said Charlie shouldn’t be working in retail anymore.

In the video, Charlie said: “When you are at the checkouts and something isn’t scanning and they say ‘oh it must be for free then’.

“Number two, ‘oh you look bored, I’ll come to you – when you are just happily minding your own business. No, I’m not bored, I’m just avoiding customers.

“Number three is when they queue for checkouts and are not concentrating. As soon as they notice the till in front of them is free – ‘oh sorry dear I was away with the fairies.

“No Karen, you were scrolling through Facebook, criticizing other people’s parenting techniques instead of looking in front of you to see that the other customer had gone.

“The classic one-thing line – They will load a whole two weeks food shop onto your till and go: ‘oh I only came in for one thing’ and then you’ve gotta laugh and pretend you haven’t heard that thirteen other times in the past half an hour.

“Customers asking how much is this when they could have looked on the shelf, then they have the audacity to act surprised when they see the price. Why couldn’t you have looked at the label that was directly under the item you picked up.”

In the numerous comments the video received, most of them suggested Charlie get a new job, while others showed her some sympathy.

One of the viewers said: “I say some of these just to be nice and start a conversation, I didn’t realize you guys hated it so much.”

“Do shop workers lose their sense of humor over time?”It sounds like you have, I suggest another profession!” commented another viewer.

“Nobody is forcing you to work there if you hate it that much,” suggested another.

Now, Charlie has turned off the comments on the video. It seems this is not how she expected people to respond to her video.

How do you see this whole scenario? Tell us your POV in the comment section!