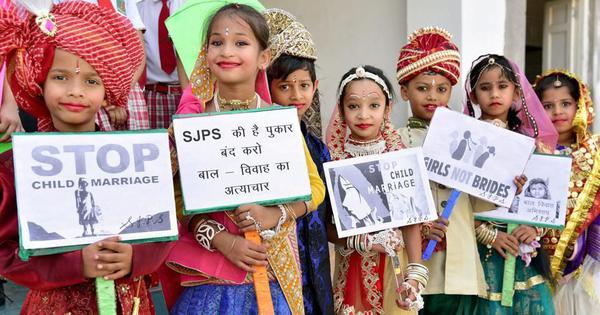 The government wants to take this step after the Beti Bachao Beti Padhao initiative although the final decision will be taken based on the report from the committee set up for this specific aim.

Considering the fact that the rate of girls dropping out of school is still higher than the boys, this could be a step in the right direction.

A high-level panel looking into the average age of motherhood, efforts to lower maternal mortality rates, and the health and nutritional status of young women had been appointed, and its report would help the government fix the ‘right’ age of marriage for women.

What’s The Role Of The Committee?

The panel’s job is certainly important. Raising women’s age of marriage would do away with gender discrimination since men can marry legally only at 21, allow girls to continue studying, and enhance women’s participation in the workforce.

Why Does Minor Marriage Continue In India In Spite Of Laws Against It?

As per the Young Voices: National Working Group’s report, based on consultation with 2,500 young people, says that the causes of minor marriage lie in poverty, traditional ideas about marriage, and the desire to control female sexuality in a male-dominated system. These cannot be addressed by a change in the legal age of marriage. Instead, poor families who are afraid of dowry end up making another illegitimate sin by getting their girls married quickly, And when if someone (a couple) tries to elope there are severe consequences to it which includes honour killings, would rise. The remoteness of law from lived experience can be seen in the spurt of child marriages during the pandemic when economic stress increased.

Yet a recent report shows that in the 15-29 age group — education becomes optional after 14 — only a little above 25 percent of girls are engaged in learning activities. In January, a report from the Right to Education Forum showed that 40 percent of girls aged 15-18 are not attending school and 30 percent have not seen a classroom. The lowering of the school education budget from 4.14 percent in 2014-15 to 3.40 percent in 2019-20 seems peculiar given the government’s declared objectives. Social workers’ reports claim that it is the absence of facilities for secondary education that often lead to early marriage, not the other way round.

This debate can continue forever but we hope that this decision would work in the favour of all and would help in the reduction of the above-mentioned issues.