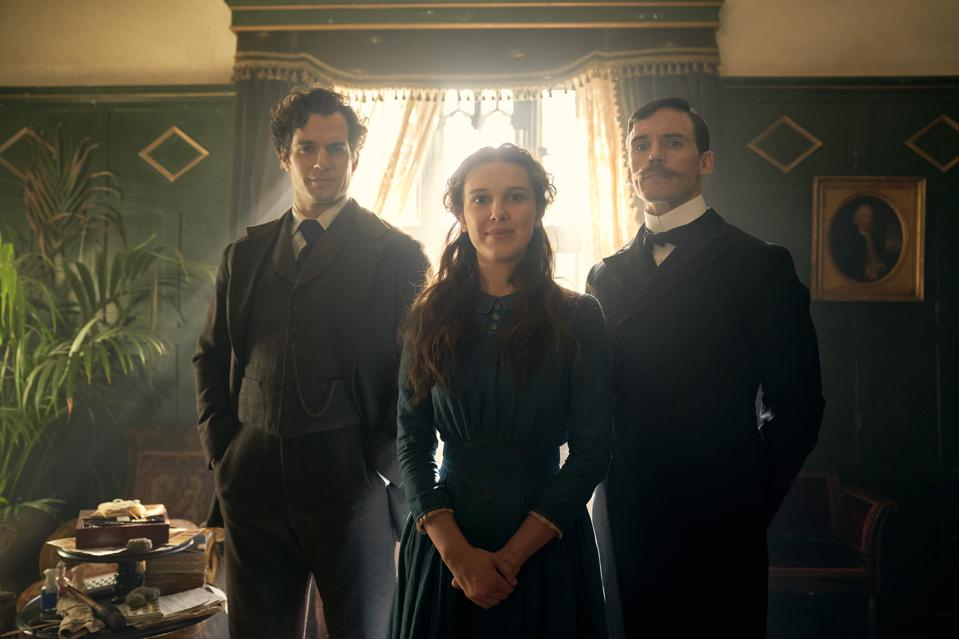 The eccentric sleuth Sherlock Holmes has been a popular favorite for over a year, but that’s about to change. Netflix is releasing a movie about Sherlock Holmes’ younger sister Enola Holmes and if we know anything from the first look at the trailer, it is going to be amazing.

Remember the terrifying Eurus Holmes? Enola is the opposite of her

Remember Eurus Holmes, from the Sherlock TV series by BBC? She was the younger sister of Mycroft and Sherlock, and here’s a spoiler if you haven’t seen the show – she blows the brains out of her two brothers since she is smarter than both of them combined. Even Professor Moriarty pales in front of her brilliance.

Come Enola Holmes, the teenage sister, played by Millie Bobby Brown who played Eleven in Stranger Things. Enola is bright and cheerful, rebellious to the extent that her brothers want to send her to a “school for proper ladies.”

Here’s the hilarious trailer, where she breaks the fourth wall

Here’s the synopsis from Netflix:

On the morning of her 16th birthday, Enola Holmes wakes to find that her mother has disappeared, leaving behind an odd assortment of gifts but no apparent clue as to where she’s gone or why. After a free-spirited childhood, Enola suddenly finds herself under the care of her brothers Sherlock and Mycroft, both set on sending her away to a finishing school for “proper” young ladies. Refusing to follow their wishes, Enola escapes to search for her mother in London. But when her journey finds her entangled in a mystery surrounding a young runaway Lord, Enola becomes a super-sleuth in her own right, outwitting her famous brother as she unravels a conspiracy that threatens to set back the course of history.

Sherlock Holmes is played by no other than our Henry Cavill, known for playing Superman and Geralt of Rivia in The Witcher.

And the mother Holmes is played by none other than the legendary Helena Bonham Carter who needs no introduction.

Millie said she loved the character:

“I love the fact that she can be very vulnerable yet even in her deepest despair she’s able to find herself again and fight back. I admire her courage and her strength. She goes to pretty dark places but she never gives up. It’s a big journey for her. She’s quite naïve and comes up against forces that are way beyond her. So she has to find her own resources, her own voice even when there is no one around to help her.”

In addition to Enola proving that she’s just as good a detective as both of her brothers, the story will tackle family dynamics and the changing tides amidst the fight for women’s suffrage and independence in Britain during the 19th century.