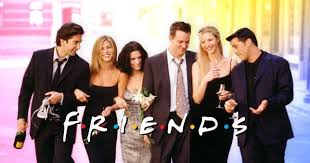 “We Were On A Break!“ is a famous recurring line by Ross Geller that has its roots in the fifteenth episode of the third season of Friends, titled “The One Where Ross And Rachel Take A Break”. The phrase was first coined by Rachel Greene in the next episode (“The One With The Morning After”) and was heard in arguments between Ross and Rachel throughout the series. It was one of the most used running gags of the series. It was also a major plot point and spot of contention between the characters throughout the series.

Years after the series has ended, this question whether they were or weren’t on a break remained unclear.

David Schwimmer has finally settled this debate once and for all. The actor called into The Late Show to lay down the law on the 23-year-old debate of whether the Friends characters were together or not.

During a virtual appearance on The Tonight Show, Schwimmer stopped by to discuss his new sitcom Intelligence — and also settle a 23-year-old score. When the conversation turned to Friends (on which Schwimmer played Ross Geller from 1994 to 2004), Fallon asked whether the actor believed he and Jennifer Aniston’s Rachel were on a break when Ross slept with the girl from the copy place and he had a very definitive answer. “It’s not even a question,” he told the late-night host. “They were on a break.”

One fan points out that, in the episode, Rachel tells Monica after their big fight that they “broke up.”

“So at least once, Rachel, in no uncertain terms, admitted to at least one other person that she and Ross had in fact broken up. That would mean that ‘we were on a break’ was in fact her breaking up with Ross.”

With that said, most users agree it wasn’t really right of Ross to sleep with someone else so soon.

And the other one points out: “The funny thing is that Ross doesn’t even think what he did was okay himself. His instant reaction is to be ashamed and try to hide it. If he truly felt that they were on a break, he wouldn’t have been that ashamed of himself.”

David initially turned down the role of Ross

Do you know, Schwimmer might never have even been part of that iconic debate as he originally turned down the role on the NBC series?

After having a miserable experience on his first-ever show, Schwimmer vowed to never do a sitcom again, but when creators Marta Kauffman and David Crane told him they’d written Ross with his voice in mind, he changed his mind. “It was the biggest compliment ever,” said the actor.

Well, we’re glad he didn’t turn down the role and Friends became a huge success.

Want to see more of Schwimmer? You can see him play Jerry Bernstein on Intelligence, which is his first sitcom since Friends.