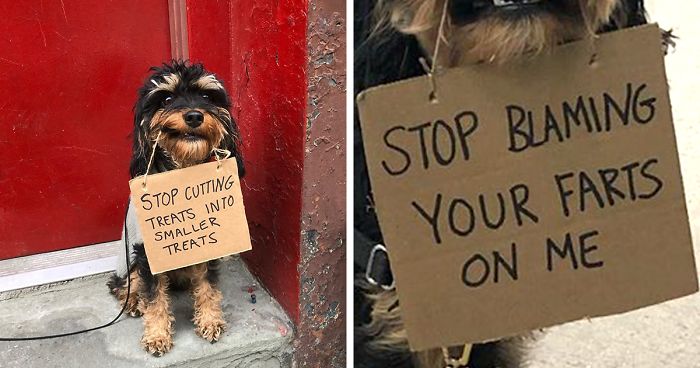 Meet Baboy the revolutionary dog – obviously a distant cousin of Courage the cowardly dog. Baboy has been holding protest signs against her owner Caroline, and obviously against things most humans do to their dogs.

Caroline set up the Instagram account for Baboy, under the name @dogwithsign, and it has acquired a massive fan following just within a day. 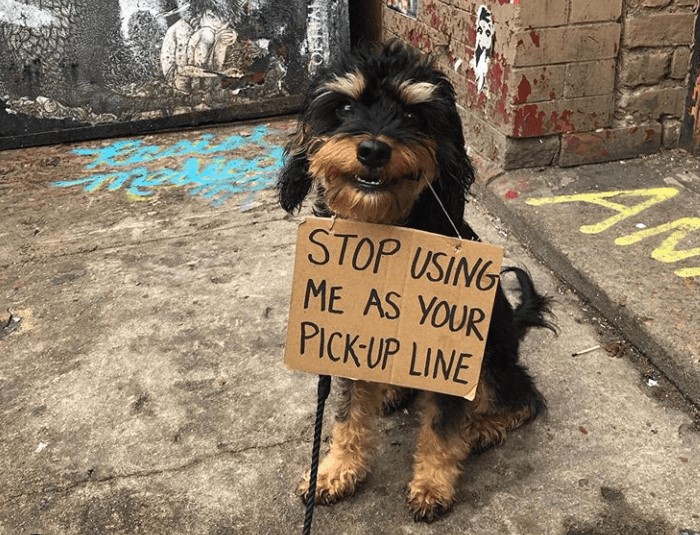 Apparently, dogs don’t like being used as bait so that you could get an excuse to invite your dates over to your place. Baboy wants you to use your personality, not your dog.

Well, that’s not easy for any of us.

#2. And I will strike down upon thee with great vengeance and furious 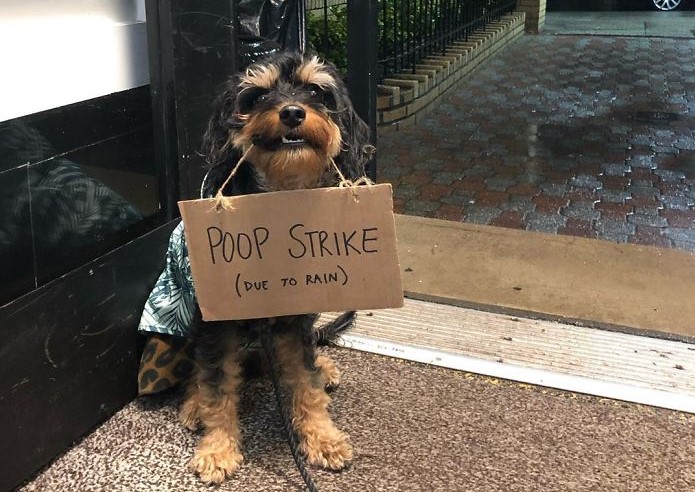 When the poop strike is over, the dog will show the meaning of vengeance and fury. Be ready with a shovel, room freshners, and lysol.

#3. Stahp doin the doggo a bamboozle 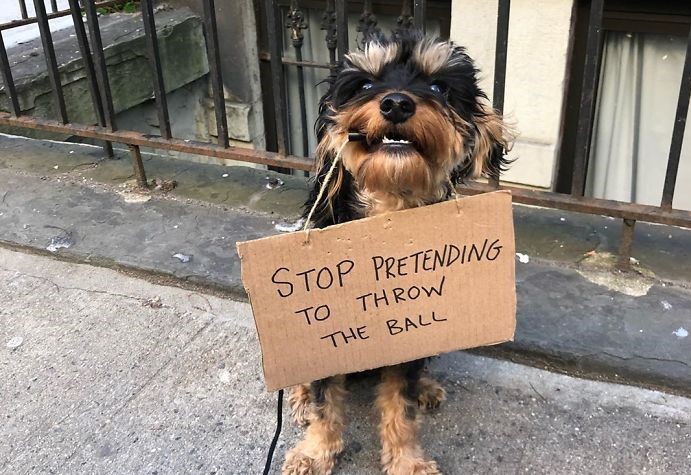 Doggos don’t like being bamboozled. Pretending to the throw the ball in the doggo world is equivalent of a disappointing clickbait in the human world. 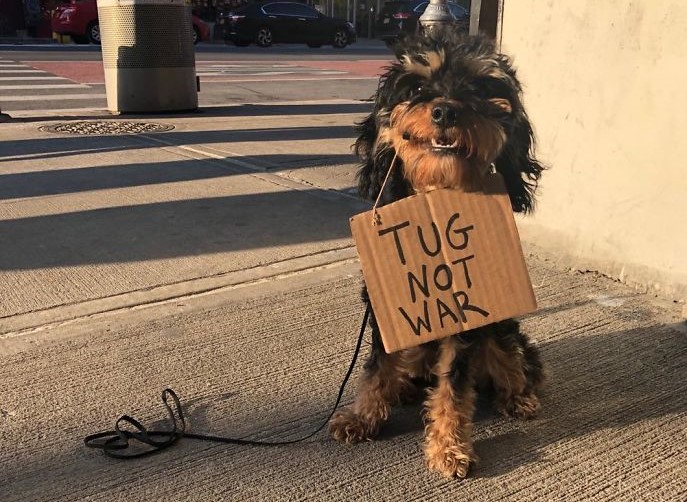 With World War 3 almost on the brink, the doggo has a point. But who will control the mad elephant that is the US corporate-military complex? 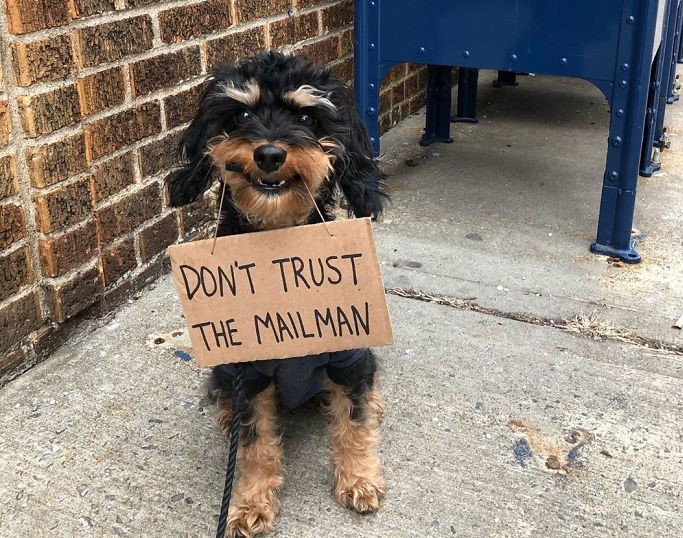 Dogs are extremely suspicious of any outsider and intruder, because that’s the sole purpose for which they were domesticated in the ancient times. If your dog barks at the mailman, he is just doing is job of telling you that the mailman can’t be trusted and might sneak inside to do horrible things. 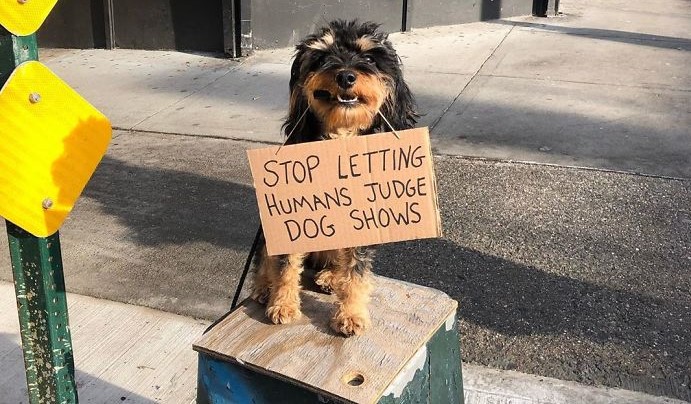 Jokes aside, this is a serious issue. Dog shows are cruel and should be made illegal on the accounts that they encourage unnatural breeding of dogs and those dogs suffer with unnatural bone structure and diseases throughout their lives. Just so that a bunch of humans can find them cute.

#7. Seriously, own up to your farts 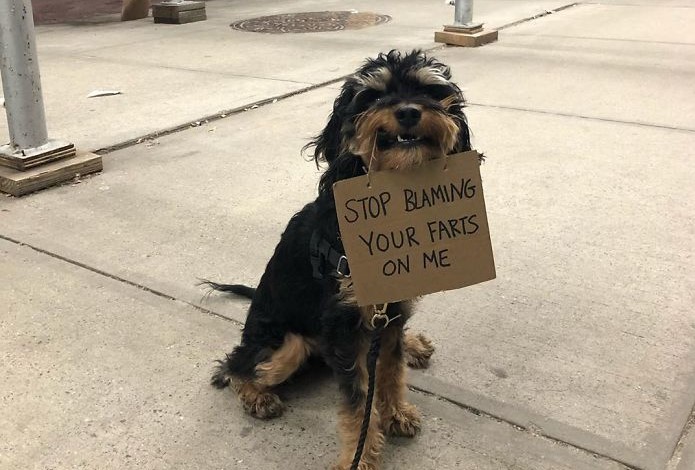 In all honesty, dog farts don’t smell like rotten garlic and putrid eggs – so if you let out a stinky one, just own up to it. It’s fine, dogs know that humans are gross. And your dog doesn’t judge you for farting, but he definitely will judge you if you blame the fart on him. 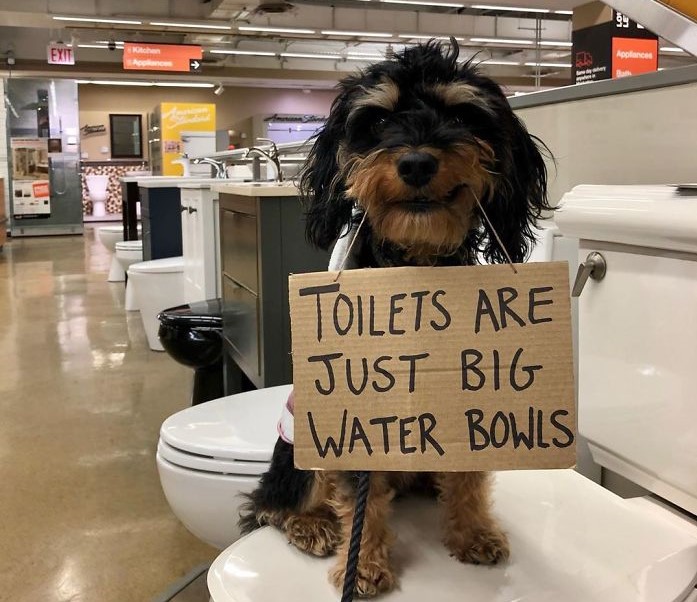 Well, you can give water to your doggo in a golden bowl but we all know that doesn’t work. Doggo needs filthy delicious water. 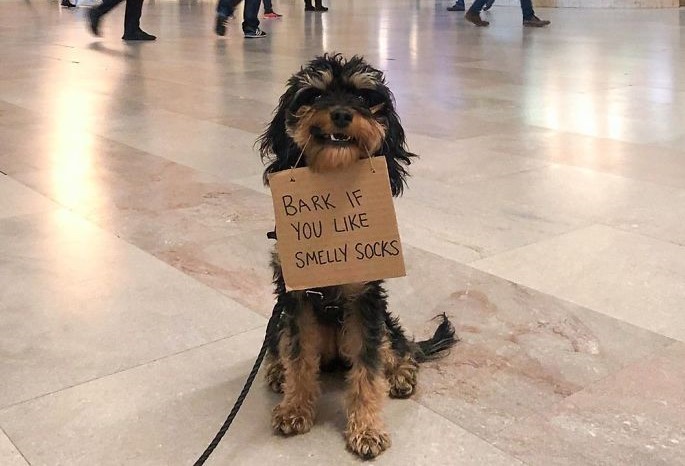 Shut up, doggo. Let us humans wash our socks. 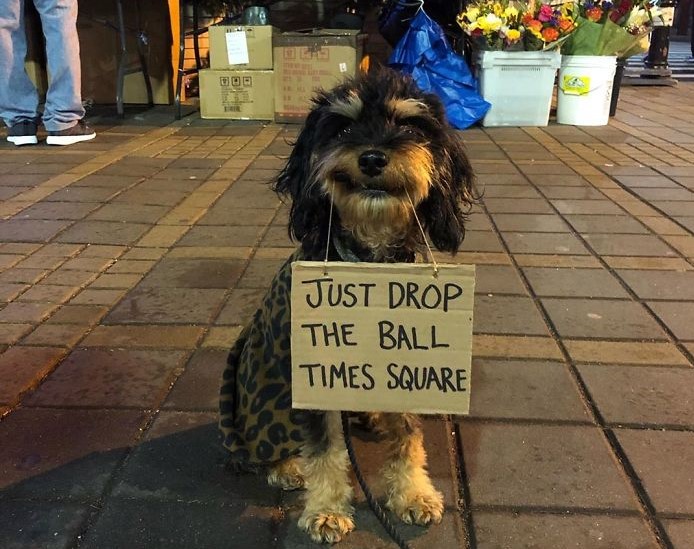 Times Square Ball is one of the main events during the new year celebrations at Times Square. Well, they do drop the ball at the midnight of new year’s eve. 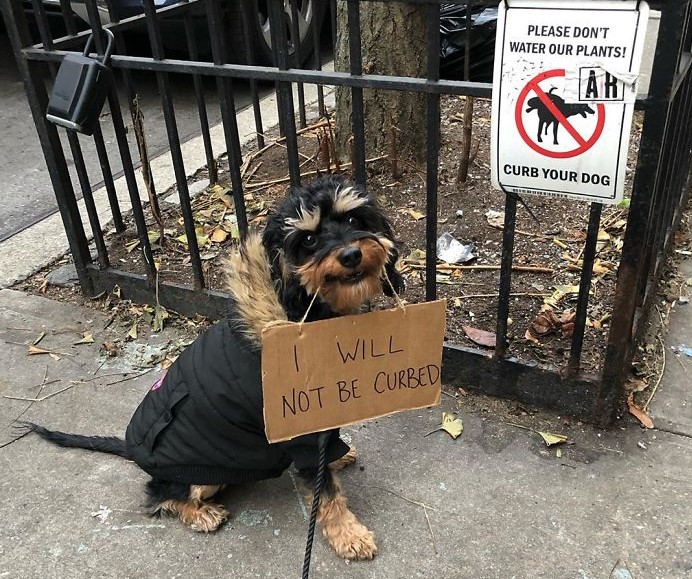 I’m with the doggo on this one. What’s the harm if he sprays some water on some plants, right?

Baboy’s Instagram has been collecting followers really quickly, and Baboy wants you to know that she loves all kind of meat and seafood. But she hates vegetables and she’ll protest against you if you try to feed her any of that goddamned broccoli.