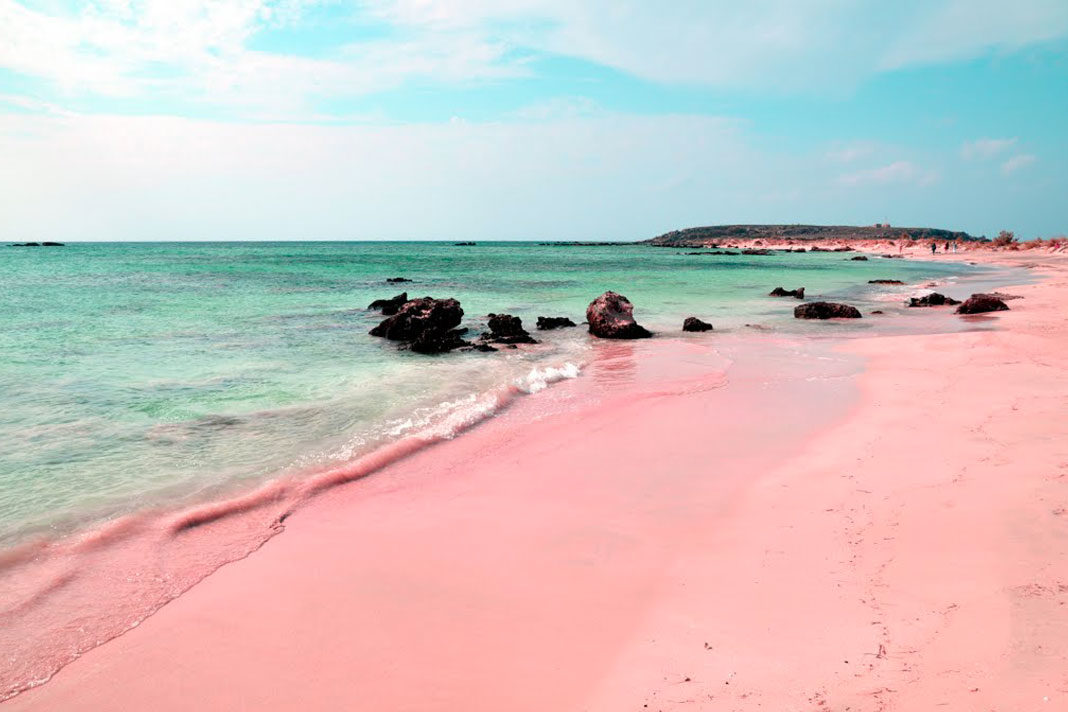 You must have been to the beaches for your vacation to unwind yourself and relax but they all pretty much look the same. However, there are some beaches in this world that are unique and look nothing like the beaches you’ve seen till now.

They are different because they have coloured-sand ranging from orange and red to purple and black.

Let’s scroll through these beauties. 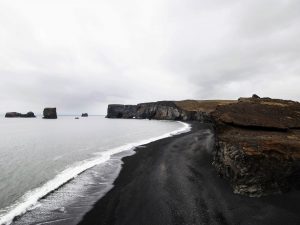 Home to the Blue Lagoon and stunning waterfalls, Iceland also has a unique beach unlike anything else you’ve probably seen. A little more than 100 miles from Iceland’s capital city, Reykjavík, Reynisfjara Beach features black sand, courtesy of eroded volcanic rocks.

The juxtaposition of the black sand, the greenery that surrounds the beach, and the ocean water is a sight to be seen—and Instagrammed. However, the ocean is extra rough in this part of the world, so it’s better to take a step back. 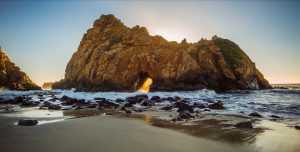 If you thought that you’d need to go outside the United States to find a beach with brightly hued sand, think again. Pfeiffer Beach, located in California’s Big Sur region, has stunning purple sand, due to quartz and manganese garnet deposits that come down from the mountains.

While traces of purple can almost always be seen, it becomes more visible after a storm with heavy rains. And if the purple sand isn’t gorgeous enough, the beach is dotted with tide pools and has several natural arches that make for great photo ops. 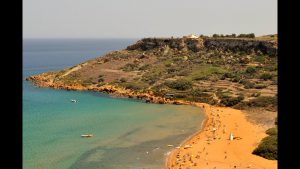 A deep burnt-orange color, Ramla Bay Beach in Malta is located on a fertile valley, and its sand color is reportedly the result of coral and oxidized limestone deposits. Surrounded by greenery, this beach is also very historical: Roman remains are said to be buried in and around the area.

Additionally, according to legend, it is the home of the Calypso Cave, where the nymph Calypso kept Odysseus as a “prisoner of love” for seven years in The Odyssey. 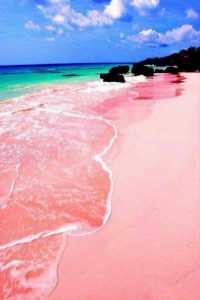 If you thought pink sand was reserved for Bermuda, think again. Pink Sand Beach in the Bahamas is a popular vacation spot—and you can see why. Like Bermuda’s Horseshoe Bay Beach, the pink sand on this three-mile-long beach is also formed by microscopic coral insects known as foraminifera.

Surrounded by calm turquoise waters, this area is a scuba diver’s paradise. It may be hard to leave the perfectly pretty-in-pink surroundings to explore the sea, though. Don’t say we didn’t warn you. 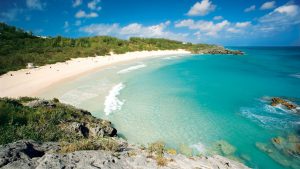 Bermuda is known for its pink-sand beaches, and Horseshoe Bay Beach, one of the many beaches on the island that are open to the public, is the cream of the crop. Shaped like—you guessed it—a horseshoe and located on the south side of the island, this beach is home to bright pink sand so stunning, you can’t help but stare at it.

The sand gets its pink hue from single-celled red organisms called foraminifera, which can be found in the coral reefs that are just offshore, and the turquoise water highlights the color of the sand even more. Add in some breathtaking limestone cliffs and intricate caves and you have a unique beach experience you won’t soon forget. 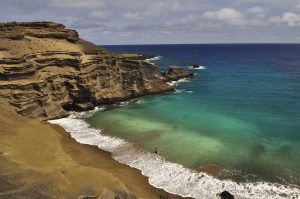 This beach on the Big Island boasts a one-of-a-kind color: olive green. The color of the sand is due to a type of lava crystal called olivine, which stays on the beaches because of its weight, allowing the sand to stay green through and through.

The best part about this beach, though, is its location. Located in Hawaii’s Kau district, Papakolea Beach is very secluded. It can be reached only via a three-mile hike, which will allow it to keep its beauty as long as time will let it. 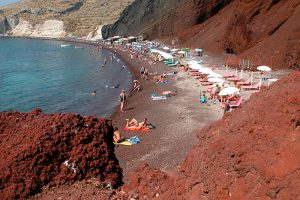 While Greece may be known for its extra white beaches and deep blue waters, the country is full of surprises. Red Beach, located in Santorini, has sand that is a deep shade of, well, red. The color comes from a combination of black and red pulverized volcanic rock.

It’s breathtaking on its own, but if that’s not enough, the beach is surrounded by steep red hills as far as the eye can see. Rent a sunbed and umbrella for your day on the beach, and head out for some fantastic snorkeling. 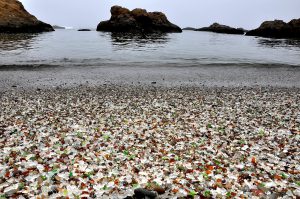 The sand on Glass Beach in Fort Bragg, California, is covered with—you guessed it—sea glass. How did it all get there? According to legend, it was formed from mermaid tears, shed whenever a sailor was lost at sea.

In reality, the sea glass is a product of long-ago and decades-long pollution, something that started after the 1906 San Francisco earthquake when garbage needed to be removed before the area could be rebuilt.

After being tumbled in the ocean for years, the glass debris became smooth, shiny, and spectacular. The varied colors come from whatever bottles, pottery, and china they were once upon a time.