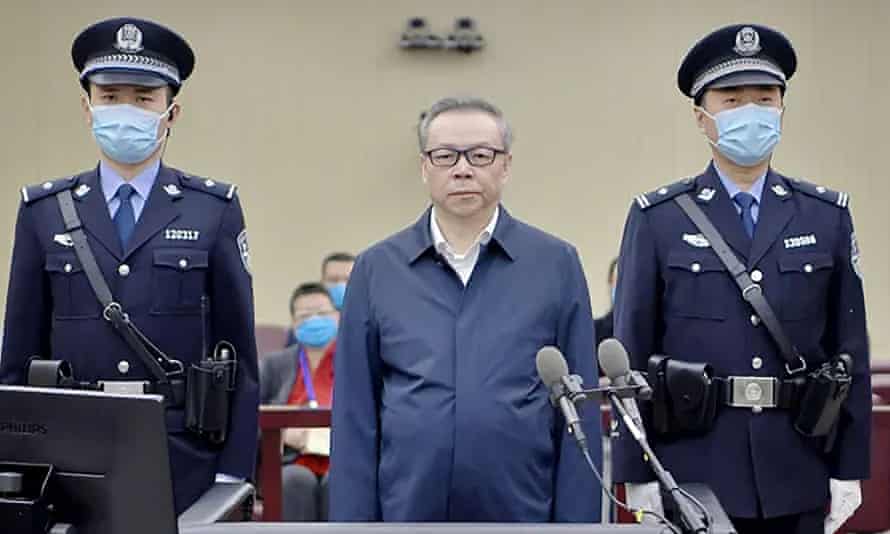 China has recently issued a death sentence for a top banker in the country. He is accused of massive corruption, bribery, embezzlement, and several other acts that are considered illegal under Chinese law.

Lai Xiaomin, who is the ex-chairman of the banking giant China Huarong Asset Management – was sentenced to death for taking nearly $277 million in bribes. He is considered to be the most corrupt official in China.

China’s President Xi Jinping started an anti-corruption drive called the National Supervision Commission in 2018, and the government has been tracking suspects throughout the country. Xiaomin was one of the earlier officials who were convicted for their crimes. So far, more than 1.5 million officials have been arrested and sentenced to prison for corruption.

According to a report by Bloomberg, the court filing ruled that Xiaomin “endangered national financial security and financial stability.” He eventually confessed, but he also said that he kept all the money and did not spend any of it.

Xiaomin’s disproportionate property will be confiscated

Death sentences in China are executed by using lethal injection, but this is a rare case of someone being executed for corruption. Common cases of corruption in China are punished with a lifetime prison sentence.

Experts say that the only reason Xiaomin was sentenced to death was because of his scale of corruption and the wide public coverage it had received.

It has been reported that the court will confiscate his personal assets and luxury goods such as his various private properties, luxury watches, and cars.

What about the missing billionaire Jack Ma?

China has shown a strict attitude when it comes to dealing with corruption and corporate embezzlement. It has also been reported that Alibaba founder Jack Ma has been missing for two months since he went against the Chinese government’s anti-corruption policies when China yanked the $37 billion IPO from his fintech firm Ant Group.

CNBC reports that it is most likely that he is laying low to avoid any repercussions.