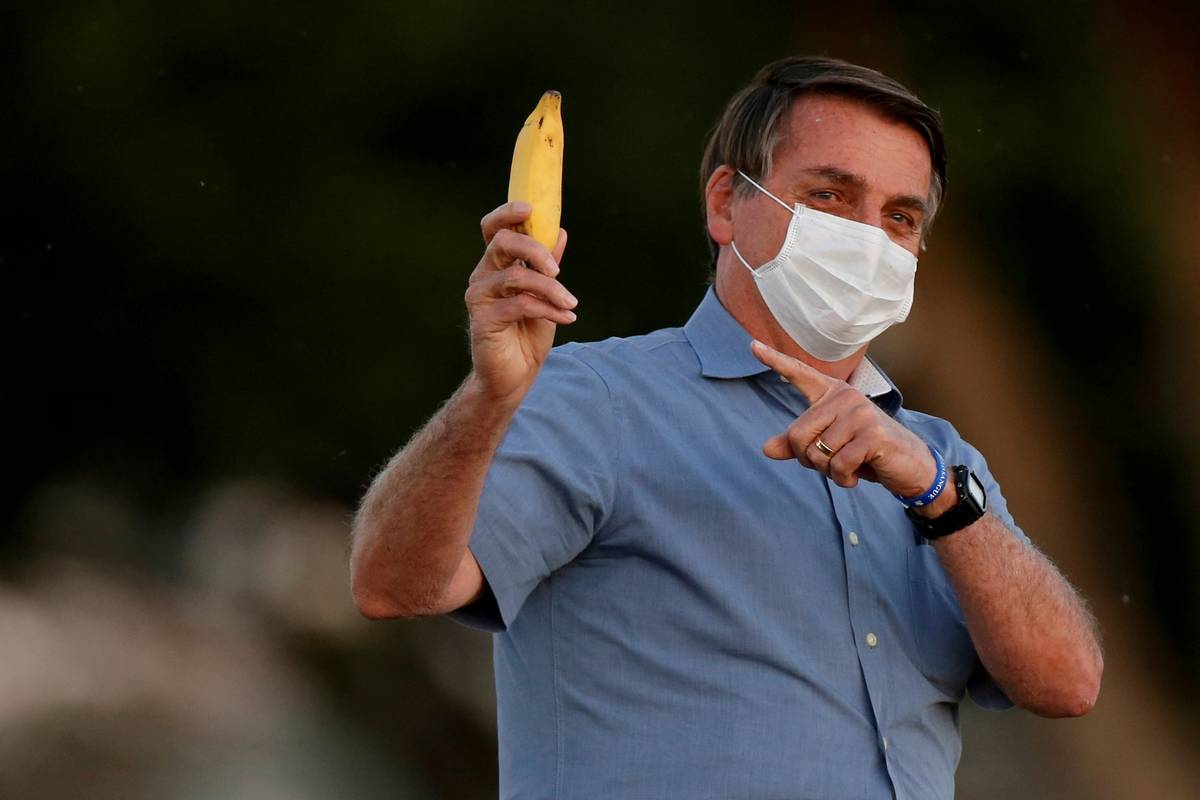 In a world that is being destroyed by fascism and capitalism, there is some good news for the people after all. Brazil’s fascist president Jair Bolsonaro has mold in his lungs after catching Coronavirus.

He said in a video that he felt weak and has mold in the lung, and he also announced that his third wife, the 38-year old Michelle Bolsonaro has also tested positive for COVID-19.

“I’ve caught mold in my lungs”

“I’ve just taken a blood exam. I was a bit weak yesterday. They have also found a bit of an infection. I’m taking antibiotics now. It must have been those 20 days inside the house, we catch other things. I’ve caught mold, mold in my lungs. It must be that.”

He infected his third wife as well

After catching Coronavirus, he spent 20 days in half-isolation and then he declared that he had recovered. But in the meanwhile, not only he managed to not die but also managed to infect his wife.

A statement from his office assured people that Michelle is in good health, and will be taken care of.

..and he is selling hydroxychloroquine

But the strangest, and probably not the most unexpected thing was that Jair Bolsonaro thanked hydroxychloroquine for his health – but it’s a medicine that doctors are not even using in any COVID-19 treatment. WHO and FDA have repeatedly warned against the usage of this medicine.

The trick here is that pharma companies cannot openly advocate it for the fear of losing their reputation, so they are using goofs like Donald Trump and Jair Bolsonaro to keep praising the medicine so that their gullible followers would go ahead and buy it.

When will the Americans and Indians get lucky?

Like Donald Trump and Narendra Modi, two fascist leaders of the world – Bolosonaro has also repeatedly downplayed the severity of the virus and often appears in public without masks. But ever since he got Coronavirus and mold in his lungs, the citizens of USA and India are also waiting to get some good news like the Brazilians.