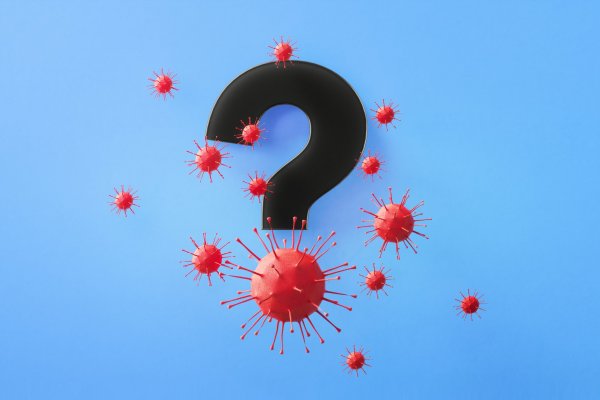 Coronavirus is officially the most well-known virus in the world, and yet – we know very little about it. It is as popular as it is mysterious. And it is even called the “novel Coronavirus” which means it’s incredibly unique in its own way.

The COVID-19 is the kind of virus which we have never seen before and it is keeping the scientists guessing, most of them are still very clueless.

This coronavirus is mutating faster than usual, and in ways that are totally unexpected and surprising. Doctors even say that:

“It’s like playing a game of Whac-a-Mole. Just when you think you’re on the right path, a new mutation pops up.”

Here are some of the most baffling Coronavirus mysteries that we don’t know the answer to:

#1. How long does the virus actually live? Is it short-lived or immortal?

In a way, both things are true. The Coronavirus has a different life span depending on where it is – if it’s on outside surfaces then it can survive for a few hours and even for many days. But inside the human body, it takes up to 14 days to incubate after which it either dies out or can survive for months.

Some patients were found to be positive for months continuously, and some people found that the virus first died out and then revived itself in their system. What’s more, it was found that many men had Coronavirus in their sperm while it was found nowhere else in the body!

#2. Where did it actually come from?

Some theories suggest that it came from pangolins, the most trafficked mammal in the world whose meat is much coveted by the elite class as a delicacy. Other theories say that it came from Chinese farmers who used bat poop as fertilizers in their farms, and got themselves infected.

#3. What are the superspreaders of the virus?

Scientists have said that there are some people who naturally contain a much higher viral load inside their bodies, and they release a higher amount of the virus when they sneeze or cough or spit. They can potentially infect a larger number of people, even thousands of times higher than a normal person.

But we don’t know how to identify the superspreaders and how to stop them.

#4. Why do some people never show any symptoms while some get severely sick?

Almost 80% of the people show no symptoms at all, some fall severely ill and die. First, it was thought that only the old people and the younger people with preexisting conditions such as diabetes etc are dying. But recently we have seen that some of the healthiest and strongest people in the world such as Usain Bolt, the Olympic champion along with Dwayne “The Rock” Johnson were infected and fallen sick.

We don’t know why this happens, but the closest guess is that the immune system often overreacts and ends up causing organ damage in even healthy people.

Data even suggests that men are at a higher risk than women.

#5. What is the real number of COVID-19 infections and deaths?

To be direct and honest, we just don’t know. Most countries in the world are corrupt due to capitalism and they have a shoddy healthcare system. Most people do not want to get quarantined in overcrowded hospitals without basic hygiene or amenities so they choose to stay home and not get tested.

Even the deaths by COVID-19 are reported as deaths by other causes so keep the numbers low, so that the capitalists can start their companies and factories again without spending on workplace safety and hazard pay.

So the real number could be much, much higher.

#6. No one is really immune to Coronavirus

While some people develop antibodies after recovering from Coronavirus, it doesn’t last very long. Many people have recovered from Coronavirus and then got infected again. Some people have tested positive even after two months of their recovery, and they didn’t get infected by someone else – the dormant virus in their system revived itself again.

#7. How will the Coronavirus pandemic end? Will it ever actually end?

Did you know how the three biggest outbreaks in the last century were ended?

Spanish Flu of 1918-20 ended as enough people died, and those who survived had developed an immunity.

Polio and Smallpox ended because an effort was made to provide the vaccine all over the world.

About Coronavirus, it could be either of the two. It’s already predicted that nearly 5 billion people all over the world will eventually get infected by Coronavirus. And a majority of people will die, as the cycle continues since you can get infected with it even after recovering once. So the virus will keep circulating in waves and circles and it won’t stop until a vaccine is developed and given to everyone all over the world.