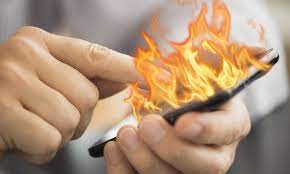 When you read about bomb explosions on your smartphone, it sends chills down your spine. But imagine how scary would it be if the same device explodes in your pocket?

What would be your first thought?

It was dumb of you to keep it in a pocket? Or you’d be thankful that you weren’t using it?

Now, ask yourself, is that even fair? You paid for something, and it tried to kill you.

Whose fault is it?

Recently, an elderly Indian man became a victim of none other than the Chinese smartphone maker Xiaomi.

Xiaomi and other Chinese phones customers often complain about device heating among various other common issues. However, witnessing a device explosion is nothing less than a nightmare.

The victim of the mobile phone explosion was using Xiaomi’s popular smartphone Redmi 8. The accident happened when he was carrying the device in his pocket.

Considering the criticality, Ankit Nigam(son of the victim) reported the accident on the professional social media platform LinkedIn and tagged Xiaomi’s officials.

Showing his displeasure, Ankit shared the pictures and said: “I am very disappointed with Xiaomi and scared after this accident happened with my father.

The phone Xiaomi Redmi 8 got burnt itself while my father was carrying the phone in his left pocket of shorts.”

Criticizing the quality that Xiaomi offers, Ankit further stated:  “This is what is being manufactured and being promoted. Such cheap hardware which acts like #LiveBomb.”

“I will sue Xiaomi in a lawsuit for making such human harming machine #Pocket_Bomb,” he concluded.

Despite the hundreds of such accidents reported by customers in recent years. Xiaomi still has about 30 percent of the market share. Needless to say, loyalty from such a huge customer base deserves better treatment.

With a better-connected world, the average active time of users in India has bumped up from 3.3 hours/day in 2019 to 4.6 hours in 2021. Now, the increased usage of smartphones indicates a need for betterment in the quality of production.

Chinese mobile phones are well known for offering high configuration at a low price. However, witnessing an increase in such accidents, nobody wants to risk their life no matter how good is the value for money.

Fortunately, a better-aware audience of India has started preferring safety to cheap smartphones. The total share of Chinese smartphone brands fell to 72 percent in the June quarter from a peak of 81 percent before.

After all, who wants to buy stuff that burns a hole in the pocket? Neither metaphorically nor literally!