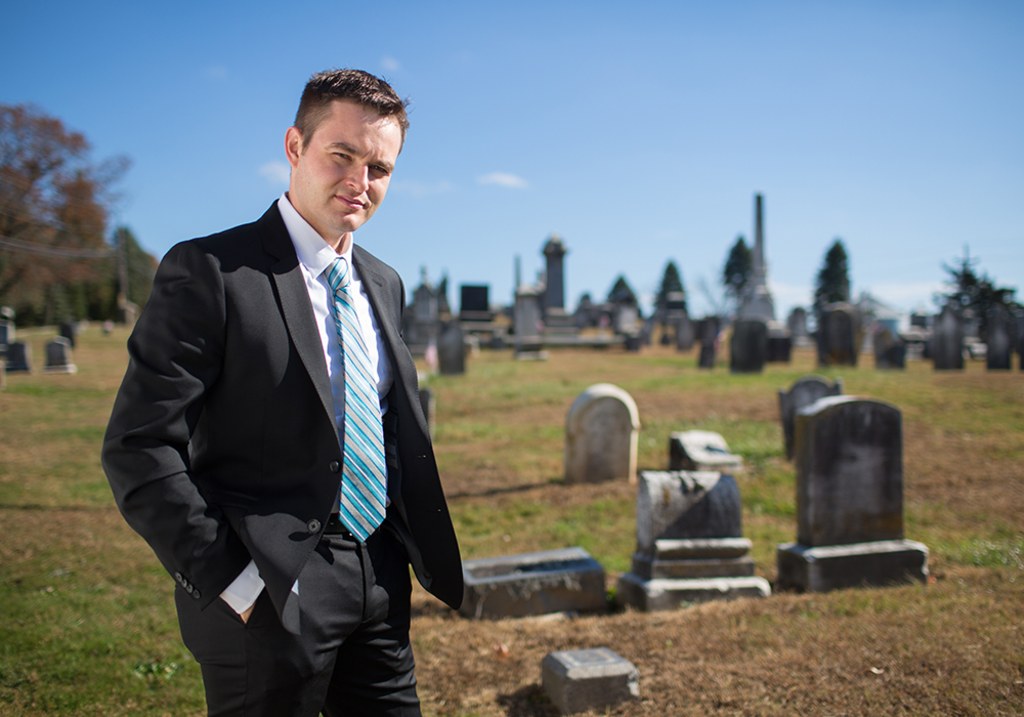 The content on his blog and Twitter shows how death isn’t just how you see it but can also be a humorous affair. With a fanbase of over 18000 people on Twitter, the funeral director puts up a show of dark humor.

Got my backyard ready for Easter weekend. pic.twitter.com/acg90P0U6M

Wilde is the sixth-generation funeral director who is continuing the family business and is quite open about his experiences. Although his humor isn’t taken as normal, his motive is to ‘demystify death and shine some light on the funeral industry with a mix of humor and helpful hints.’

As per his 9-year-old blog, the Wilde family is in the death business since 1888. He even once had a chance to get featured on a reality TV show but unfortunately, it didn’t work out.

Caleb Wilde is a quite popular personality on Twitter, with followers sharing their love for his pretty risky sense of humor.

As another said: “Grieving or not, @CalebWilde has your back.”

In 2017, his book ‘Confessions of a Funeral Director’ was published that talks about mortality and how his mental state changed as he got comfortable into his role as a funeral director.

Wilde shared that at one point he wanted to go as far away from the family business as possible until he discovered that caring for the deceased was truly making a difference in his life.

Humor and piteousness are his storytelling tools that is quite a thing for someone who “played hide and go seek around the caskets” in his childhood.

Wilde chose to mark his presence on Twitter to reach a younger ‘hipper’ audience, and he has definitely been successful with his unique and cheeky story-telling skills, death memes, and even invented the hashtag #hearsebombing.

He also believes that sharing his life as a funeral director in a raw and honest way will bust myths about the funeral industry.

“Hey, @Uber. Let’s do an Uber Charon, or Uber Valhalla so those of us with dead body removal vehicles can make a little extra change on the side. #DeathCareTaxi #UberDeadPool #TheRealUberBlack”