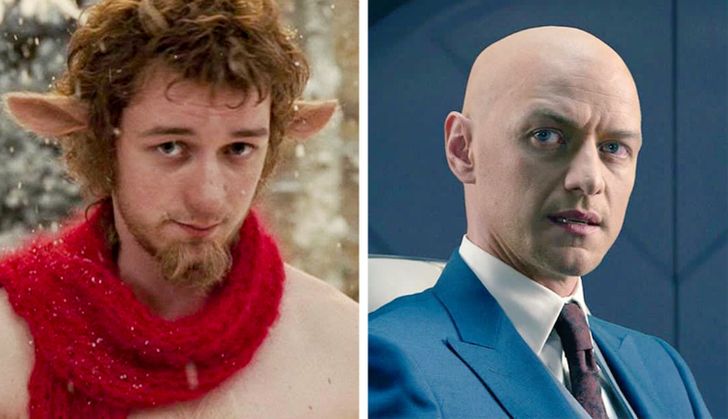 There are movies and some characters that leave behind a mark so strong that they go down in the history of cinematic star performances. Actors, too, at times, find the process of absorbing one character after the other complex and exhausting. How would it be easy on us, the audience, then? We get so attached to seeing certain characters that we simply cannot recognize them when we see them play other roles.
For example, did you know, cute-little Mr. Tumnus from The Chronicles of Narnia: The Lion, the witch, and the wardrobe were also the bald Professor Xavier in the X-Men Saga? Take a look at some more such actors who we probably failed to recognize!

1. Lisa Edelstein as Lisa Cuddy, the hospital dean on House, and as the mother of Crispin in Daddy Day Care.

2. Elle Fanning, as one of the kids in Daddy Day Care, and acted in films like  Super 8 and Maleficent.

4. Christopher Lloyd played Uncle Lucas from The Addams Family and Dr. Emmett Brown from Back to the Future.

5. Logan Lerman played Evan in The Butterfly Effect and the protagonist in Percy Jackson Stories.

6. James McAvoy played Mr. Tumnus in The Chronicles of Narnia: The Lion, the Witch and the Wardrobe, and Professor Xavier, his character in the X-Men saga.

7. Sarah Jessica Parker played the youngest of the 3 Sanderson sisters, the witches of Hocus Pocus, and also acted in Sex and the City 2.