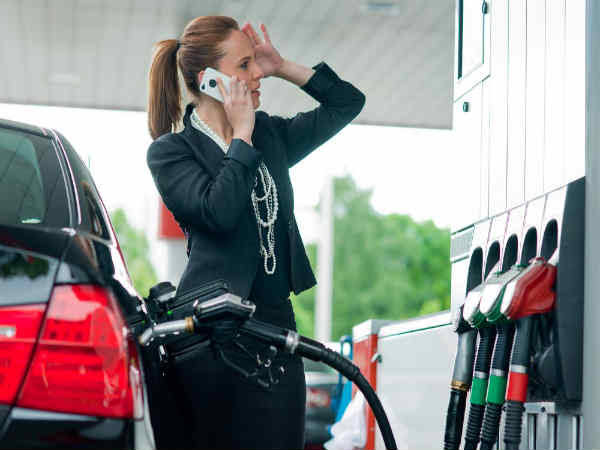 Visiting a fuel station is something we all do very frequently, some of us unintentionally do things that could cause a hazardous fire and explosions as well as many other minor harms.

There are certain things we need to keep in mind for the sake of our safety, considering that fuel stations are quite dangerous places if we aren’t careful around them.

Always turn off your engine before you start to fill up the tank. Also remember to switch off the battery because even a minor spark from the car battery could be a potential fire hazard.

#2. Don’t get back in your vehicle

While your vehicle is still being fueled, do not go back inside. It can cause a small amount of static electricity to build up, which can create a spark when you touch the metal. Any spark near a fueling station is extremely dangerous.

While there is still debate going on about how dangerous it is to use cellphones around a fuel station. Some say that the electromagnetic radiation of the phones can cause static electricity to build up, which can cause a spark. Some others say that the radiation is not strong enough to cause any harm. Still, you should avoid using cellphones as fueling only takes a few minutes and we believe you can stay without using phone for at least that long.

Never ever overfill your fuel tank. Always keep an eye on how much fuel needs to be filled, because spilling fuel is not only a wastage of petroleum but it can also damage your clothes or skin. Fumes from the fuel are also bad for your eyes and the nose.

Getting petrol, diesel, or any kind of fuel on your skin can cause irritation and burns. If it gets on your skin, then wash it with soap and water. If it gets into your eyes, then wash the eyes with tap water for at least 15 minutes, do not rub your eyes.

For the reasons stated as above, kids should be kept inside the car while you are fueling it. Kids can get fumes or even the fuel on their skin if they are outside, and keeping them inside will help you focus on the actual task of filling the tank.

This bit of advice is probably a given. There should be no fire or sparks near a fuel station. Don’t smoke, don’t light up a match, don’t ignite a lighter.