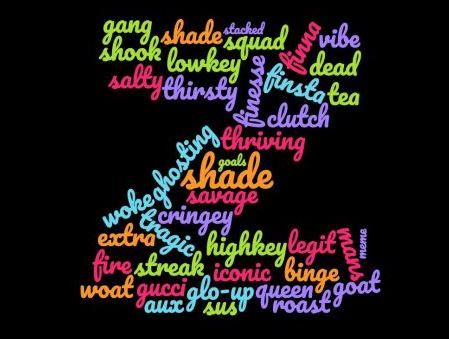 Nothing makes parents feel older and embarrassed than listening to their offspring use that flashy slang, and having no heck of an idea what they are talking about? Well, we understand this feeling.

Communicating with Gen-Z could be tricky and surprising at the same time. But fret not, we have an ultimate guide to the top 20 Gen Z slang phrases that would help you understand your kid more.

Cancel culture is a form of online shaming to express disappointment in the views or actions of a public figure, company, or organization.

E-boys and E-girls use the internet to express themselves and are similar to being semi-emo or goth.

Fam is used the way our generation may have used “bro.” This term is used for your closest of friends.

Glow up describes a makeover or transformation from bad to good in some way.

Feeling helpless or not capable in a certain area of your life.

Stan combines the words “stalker” and “fan.” Stan is an obsessive fan of something but not on a creepy level.

Woke refers to political awareness. People who are ‘woke’ are not politically incorrect. They care about having an open mind and things like the earth, Black Lives Matter, and feminism.

TFW is an abbreviation for “that feeling when”.

Sip tea is a phrase that is used when you are just sitting back and listening to the gossip as opposed to participating in it.

A snack is a term you might use to describe a person that you find attractive.

“Wig” is something you can say to express admiration for something.

If you feel salty, it means that you are jealous.

Lewk is the term for something that is your very own personal signature style.

Dank is slang for something excellent and very high quality.

Finna is short for saying “I am going to.

If you ghost someone, it means you suddenly start ignoring something.

Someone is being extremely annoying.

‘Whip’ is another word for car. This is actually a reference to the history of cars when steering wheels were first introduced and called whips.

When someone has “steez,” it means they have an effortless style. A true compliment.