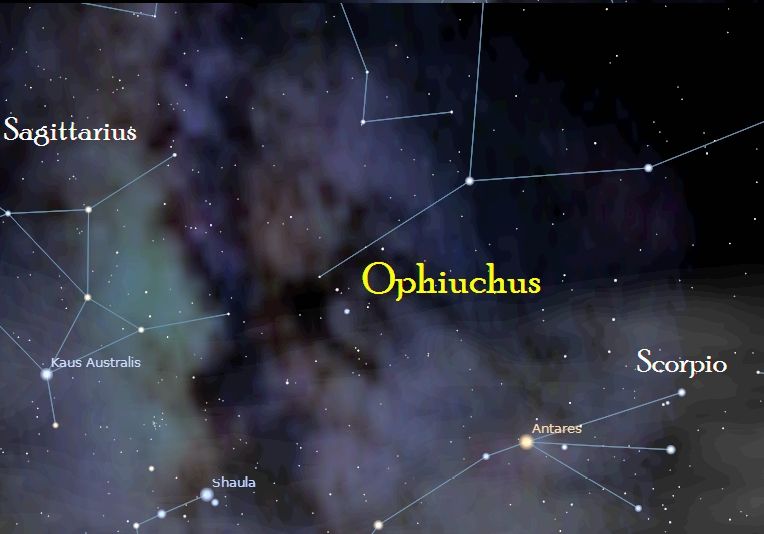 Among the people who believe in astrology, there has been a recent uproar about the 13th zodiac. It’s been reported that NASA has found the 13th sign.

And some astrologers have claimed that it changes a lot about people’s horoscopes and if you were a Scorpio then you won’t be anymore.

This new sign is called Ophiuchus, also known as the serpent bearer – a man carrying a giant snake in his arms. This sign belongs to the time of year between 29 November and 17 December, and so if you were born during these dates then your sign would be Ophiuchus.

But the bad news for Scorpio is that now it can hold only seven days in a year.

These are the new zodiac dates according to the new developments: 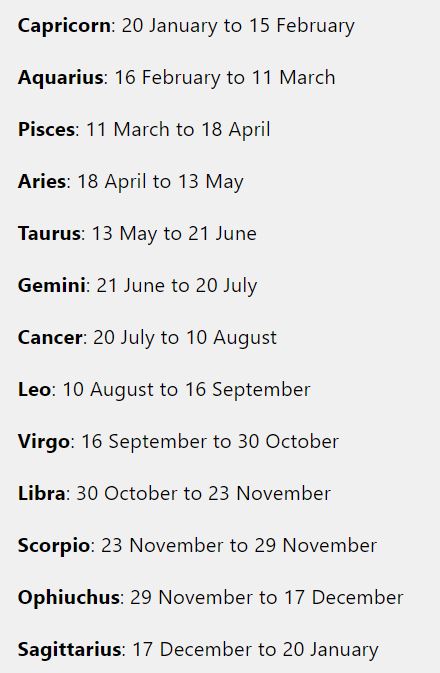 But as it turns out, this discovery is nothing new and the credit does not belong to NASA who have nothing to do with this.

Ophiuchus is an ancient zodiac sign that was discovered by the Greeks thousands of years ago. People throughout history have known about it.

Also, NASA has not updated or added any zodiac sign because NASA has nothing to do with astrology.

What’s the history of Ophiuchus?

The concept of astrology s centered around the idea that even though Earth moves around the sun, from our point of view it seems like that the Sun is revolving around us. Astrologers from the ancient time observed that sun seemed to move around Earth in an orbit once a year, as mapped against the backdrop of constellations.

In truth, there are 21 such constellations but many of them are just too small and barely noticeable in the sky. So the ancient astrologers from Babylon just ignored the rest and chose 12 constellations based on 12 months of the year. This happened 3000 years ago.

The constellation of Ophiuchus was deliberately left out.

What does this mean for believers of astrology?

Nothing really, nothing has changed. You can continue to participate in the mass cultural delusion that the sun’s apparent position relative to the arbitrarily defined constellations at the time of your birth somehow affects your personality.