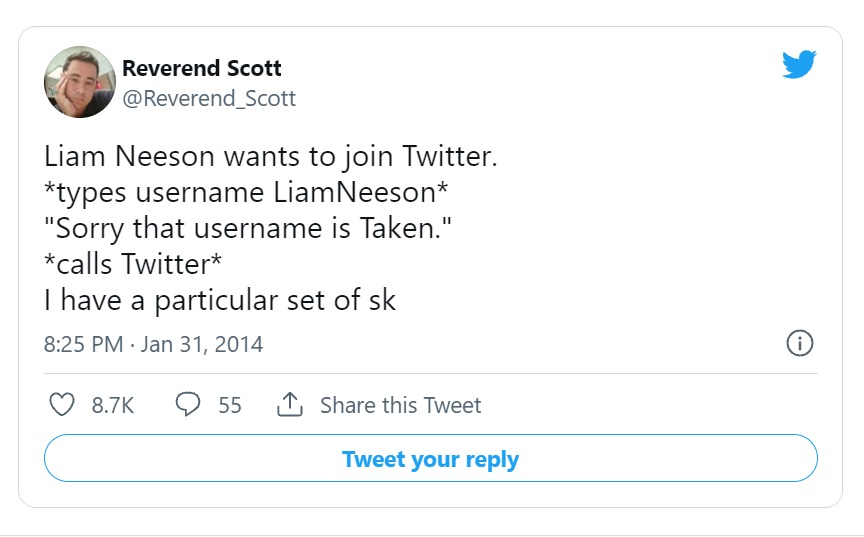 We watch movies for entertainment, and what could be more entertaining than having good laughter? We laugh watching comedy movies, but we also find certain movies funny even when they don’t fall in the comedy genre. In such cases, some people don’t need jokes in the movie. They are talented enough to come up with their own jokes, even about the non-funny scenes.

And, this article is just about such people. Here’s a compilation of moments when people made jokes, and took them to Twitter, and made us laugh.

Take a look, laugh, and don’t forget to share with your friends.

Have a hilarious scrolling!

It's been 16 years and I still can't believe how the fuck they managed to sneak Scooby Doo on a plane in this disguise pic.twitter.com/CuLpiRA9N6

I HAD
THE TIME OF MY LIFE
AND I NEVER FELT THIS WAY BEFORE pic.twitter.com/POeUOOrOX3

The most amazing thing about Finding Dory is how they managed to put a receding hairline on a fish pic.twitter.com/Yz0W4M57oN

The mayor from Jaws is still the mayor in Jaws 2. It is so important to vote in your local elections.

Good Cop: tell us where you hid the money

Liam Neeson wants to join Twitter.
*types username LiamNeeson*
"Sorry that username is Taken."
*calls Twitter*
I have a particular set of sk

Missed connections: you sat in front of me during Transformers 4. I was the guy saying "this is wild" every time they transformed.

Controversial opinion: Jack Skellington, a skeleton, should not be the "Pumpkin King." The king of the pumpkins should be a fellow pumpkin.

My favorite character in Beauty and the Beast is this dresser waiting to fuck up a villager with a baseball bat. pic.twitter.com/R6oEwFPbXA