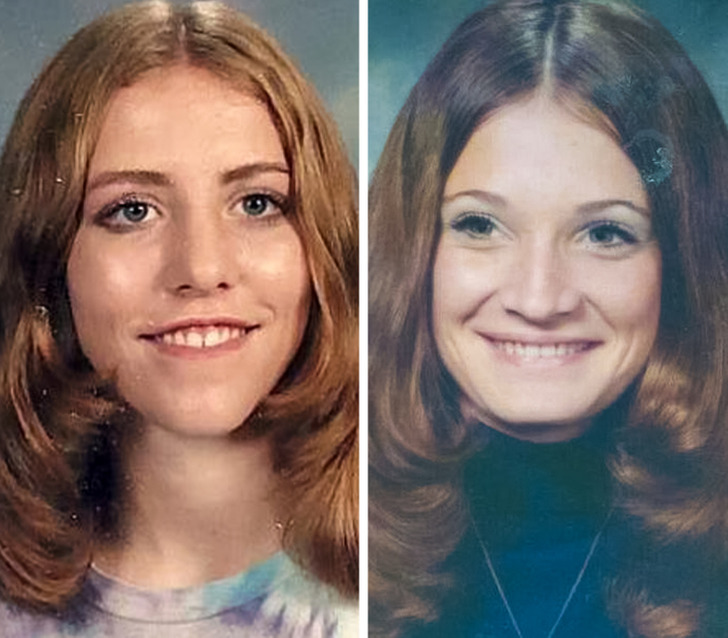 Some children carry their family’s strong genes. So much so that if you compare pictures of the newer generations with the older, there’s a striking similarity. That sounds so cool, doesn’t it? Imagine resembling your parents, grandparents, pr great-grandparents? If you haven’t spent some time making these comparisons, then it’s not too late. But some of them are one step ahead, and these similarities prove that an apple doesn’t fall from its tree. Of course, sometimes, it’s not about looking similar but also about recreating memories with the newer generation. Take a look.

6. “I never thought that I looked like my mother until today when I saw these pictures side by side.”

8. “Striking similarities between my boyfriend, right, and his grandpa when he was about the same age, left.”

9. “There’s approximately 20 years between these 2 photos of me and my mom. I painted her face, she painted mine.”

Related tags : 12 Family Photos Prove That The Gene Game Is Real I look like my granny