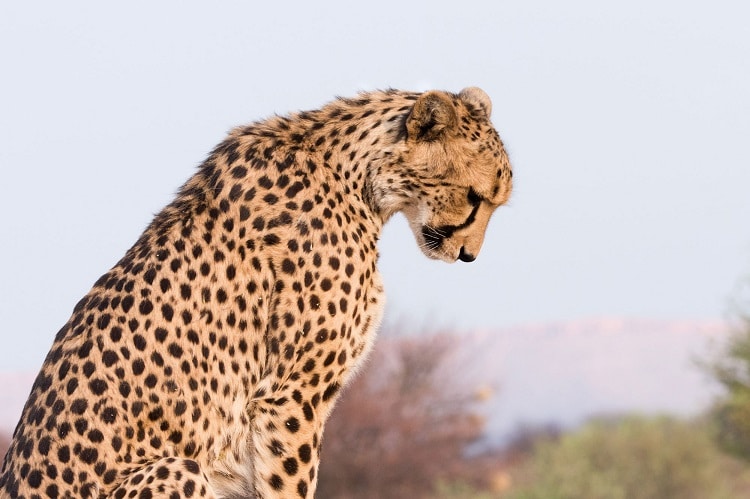 Animal world is filled with wonders that seem totally bizarre to us when we come across them for the first time. Did you know that there is a fly that is faster than a Cheetah?

Or that if a Blue Whale had the same capacity of flight as a Hummingbird, it could circle the planet in an hour?

Or that humans are incredibly slow, one of the slowest mammals averaging at 30 kph while bulky mammals such as an Elephant clocks 40 kph, and Hippopotamus and Rhinoceros go at 48 kph?

We have compiled a list of the fastest living animals and frankly, it’s going to knock your socks off!

Fastest land animal of North America, Pronghorn can run faster than any predator that is found on the continent. Scientists say that Pronghorn had evolved to run faster than the American Cheetah which existed during the last ice age. Now it is faster than any animal here and can sustain high speed over long distances with remarkable endurance.

For its tiny size, a hummingbird is incredibly fast. It can reach speeds up to 98 kph during mating dives, but that’s not all. Hummingbird’s flying speed is about 385 body lengths per second, that makes it the fastest vertebrate according to body lengths. Compare this to a Blue Whale, which if could travel at the same speed of 385 body length per second, it could circle the entire Earth in just an hour!

Perhaps there is no sight more elegant and awe-striking than seeing a Cheetah in motion, they way their spine compresses, the way they spend more time in the air than on the ground while running.

Cheetahs are pure racing machines, each part of their body evolved for a mad dash at their preys. Cheetahs can accelerate from 0 to 100 kph in just 3 seconds, which is comparable to the fastest accelerating cars humans have ever made.

During the 1940s, Sailfish was considered the fastest fish ever with reported speeds of 110 kph. But soon it was realized that the record was more of a myth rather than fact, and later a Marlin was recorded breaking off from a fishing reel at the speed of 129 kph.

Being the world’s largest goose and weighing almost 8 kg, it doesn’t look like much but it surely packs a lot of power in its wings. Other flying birds in the same range include Gyrfalcon at 128 kph, Grey-headed albatross at 127 kph, and Rock doves at 140 kph.

A scientist tried to measure the flying speed of this horsefly by shooting a plastic pellet in the air, the male horsefly chased after it thinking it was a female for mating. The measured flying speeds clocked at 144 kph!

Frigatebird has the ability to fly at 153 kph, and it has such a remarkable endurance that it can keep flying for weeks at a time without needing to rest. Frigatebird has the largest wingspan to body weight ratio for any bird ever known.

According to a 2016 paper, Brazilian Free-tailed bats were observed to be flying at 160 kph, making them the fastest animal at horizontal flying. Only the Eurasian hobby, a type of falcon, also flies at 160 kph but that is its diving speed.

Also called as the White-throated needletail swift or Spine-tailed swift, it is the fastest bird in powered flight. As in it can fly at the speed of 171 kph without needing help of the wind or gravity.

Golden eagle is a magnificent and majestic bird of prey with a wingspan of about 7 feet. While flight-diving to pounce on some small animal, the golden eagle reaches speeds of up to 320 kph!

Imagine death coming at you with the speed of almost 400 kilometers an hour! Peregrine falcon is the fastest bird, fastest animal in flight, and fastest member of the animal kingdom. It reaches such remarkable speeds during its diving stoop to catch prey, it is just unbelievably fast – faster than the fastest bullet trains we have ever made.