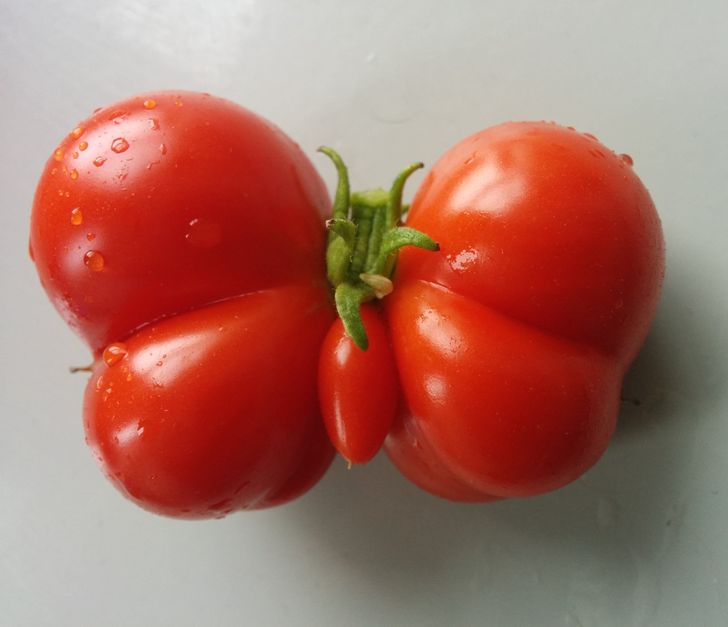 Whatever you see in your life, registers into your memory. Whenever you see something new, you relate it to the similar things that you have seen in your past. Most of the time, you don’t have to be very creative to relate two such things. For example, sometimes a potato might look like it has a face, or even a tomato might look like a butterfly. So, you can imagine how likely you’re to relate things in such a manner. It’s not just fascinating but also something worth taking a picture of.

And in this article, you’re going to see the moments captured by people when they saw certain things that looked like something else. Do let us know if you have also seen such things.

2. “This sunset looked split in half through my two windows.”

3. “The pattern on my dog’s chest looks like a cat mid sneeze.”

4. “The dust a flag left on my wall, makes It look like the wall is fabric.”

5. “Got an onion ring that actually looks like a ring.”

9. “This tomato that grew in our garden is shaped like a butterfly.”

10. “This small red potato looks like an anatomical heart.”