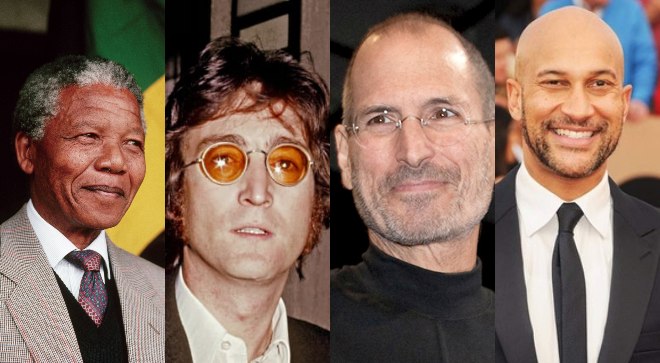 Family isn’t just blood, any group of people who care for each other and support each other can be called a family. Without having family that is related by blood, you can still find love and care and support in a family that you find in the world.

We present you a list of famous people who were abandoned, orphaned, or given away at a very young age – but they pulled through, thanks to an amazing foster family who took the best care of them.

Celebrated comedian and actor Keegan-Michael Key was adopted by two social workers from Detroit when he was very young. He found his biological mother when he was 25, and said that this meeting was one of the most significant things to happen in his life.

Paul and Clara Jobs, from Northern California, couldn’t have children so they adopted little Steve. He always treated them as his actual parents, and never met his biological parents in his life.

When he was 27, he met his biological sister Mona Simpson, and both of them became very best of friends.

Legendary guitarist Eric Clapton’s mom gave birth to him when she was a teenager, so he was taken in by his grandparents. He believed them to be his real parents until much later in life, that was the amount of affection and love they gave him.

Transformers films director Michael Bay said in an interview that when he was five, he discovered that he was adopted. He even remembered living in an orphanage with his younger sister when he was three years old.

Although, when he found about it, he was incredibly upset with his foster parents and caused a row (not explosions) in the home.

John Lennon’s parents got divorced when he was five. His loving aunt and uncle, who did not have any children of their own, they adopted John from his parents.

Actress Melissa Gilbert was only a day old when she was adopted by Paul Gilbert and Barbara Crane, both of whom were actors.

Melissa later found out that her biological parents had three children each from their previous marriages and felt they couldn’t afford another child.

Nelson Mandela’s father passed away when he was nine years old. So he was taken in by the family of Jongintaba Dalindyebo, a leader of the Thembu tribe from the South African village of Mvezo.

Dalindyebo was the one who noticed the leadership qualities in the young Nelson Mandela, and he started mentoring and encouraging him. What happened next is a new chapter of history.

When Faith was quite little, her parents told her that she was adopted, but didn’t give her any more details. Later, she found that her biological parents gave her up for adoption, and then got married to have another child whom they kept and raised.

Wendy’s founder Dave Thomas was adopted at the age of just six weeks. He later set up the Dave Thomas Foundation for Adoption which helped orphaned or abandoned children find a loving family and a safe home.