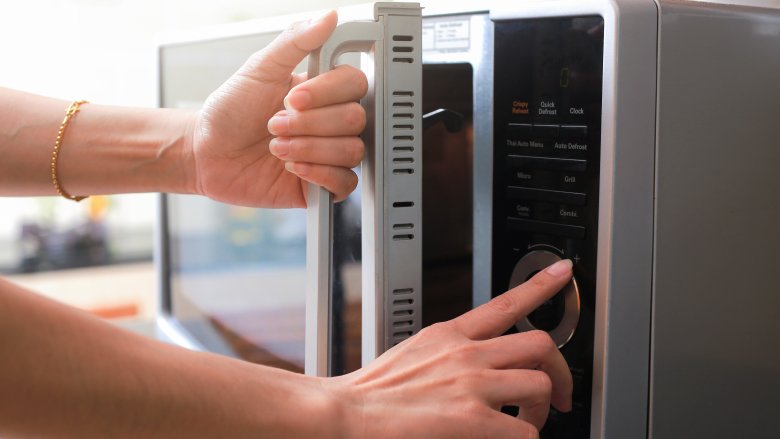 Mastering the art of cooking is not everyone’s cup of tea as some are born with this talent while some work well enough on becoming brilliant chefs.

Well, that’s about the pros. As far as mediocre are concerned, almost every one of us is pretty confident about one culinary skill i.e. using a microwave.

Just put your stuff in, push a few buttons, and get your dish ready in a matter of minutes. What could go possibly wrong with cooking food in the microwave?

If you think so, we do have a piece of news for you. Recently, a cook shared a video claiming that we all make the same mistake when we use the microwave. The video left millions of viewers baffled as they came to know how they have been using the kitchen appliance incorrectly all their lives.

TikToker Isabella Avila, who goes by the name Onlyjayus, shared a video and said: “You know when you reheat food in the microwave, and some parts of it are hot enough to burn your mouth, and the other part of it is frozen?

“Well, that happens because you shouldn’t actually have your food in the middle of the plate here.

“It should be on the edge so it can rotate around and heat evenly.”

Some viewers looked curious about the placement, while others were surprised that they had never been advised on this before.

One viewer said: “I’ve literally used a microwave wrong my whole life. Thanks for letting me know.”

Another comment said: “I wish I had known that 10 years ago.”

Another user stated: “Clearly, I have been using my microwave wrong this whole time.”

Isabella further said: you should also place a cup of water into the microwave while reheating food like pizza or pasta “to keep it moisturized but stop it from getting too chewy”.

Well, what can we say, there is always a scope of learning new stuff every day.

Related tags : culinary skills how to use microwave kitchen hacks Life Hacks You Have Been Using the Microwave Wrong