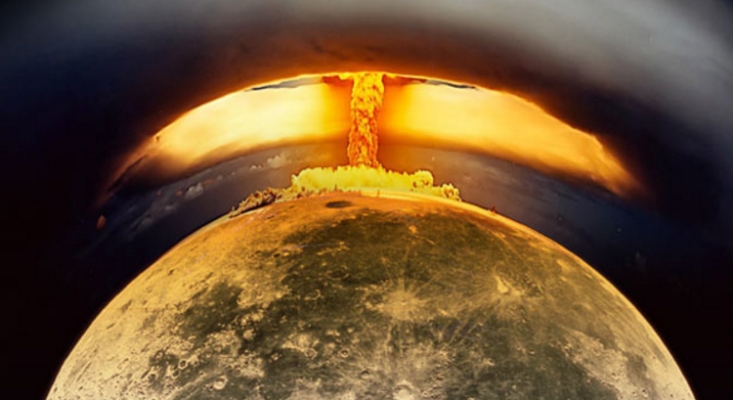 When the year 2020 started, we were almost on the brink of World War III – but then the war was averted because a virus outbreak came along.

We know that the COVID pandemic is going to last for at least a couple of years until everyone is vaccinated and we can go back to normal. But the third world war is never out of question, and if you were willing to believe the political experts – then World War III will be fought soon enough and it will be about the ownership of the Moon.

Space exploration is the next giant step for the human enterprise, and setting a base on the Moon will be the first step before we began mining the asteroids for precious metal and water.

Not only the government agencies but many private companies are also looking to set foot on the Moon. The competition among them is fierce since Moon has only a few spots where you can find constant sunlight, an ambient temperature, and the possibility of extracting water.

The prized locations are few, and the state agencies desiring them are many. The top contenders are NASA (USA), ESA (Europe), Roscosmos (Russia), CNSA (China), and ISRO (India) – and they are going to be put to test by Elon Musk’s SpaceX, along with Jeff Bezos’ space company that is yet to be launched.

Some resources on the Moon are infinitely valuable

Imagine you have to set up an astronaut base on the Moon. Now, the most crucial resource in space is sunlight because it is used to power the entire base via the means of solar panels. Since a day on Moon is as long as 30 Earth days, which means the lunar night will last two Earth weeks – you would want to set up your base in areas where there is constant sunlight.

Any space base also needs a regular supply of water – not just for people who might be living there, but also as a coolant for many engines and computers. Frozen ice has been found only in some rare spots – the shadows of the craters which never see sunlight.

This becomes tricky since you would want your base to be located in an area of constant sunlight but you would also want it to be close enough to a frozen ice deposit that is always in darkness. So the scientists have picked out spots inside craters in the polar region of the Moon – where both the amenities can be easily found.

Needless to say, the competition is getting fiercer and the race has already begun.

China, Russia, and Europe are already taking control of the south pole

In November, China landed their spacecraft Chang’e 5 near the south pole region. Space experts from US have speculated that this is the first step of China’s plan to control the south pole of the Moon in the coming years.

Interestingly, Roscosmos and the European Space Agency are also targeting the south polar region of the Moon.

Another resource that might disturb world peace is the competition for nuclear energy. There are some areas on Moon that are highly rich in Thorium and Uranium – scientists have located 34 such mining spots within an 80-km range. This just means that almost every agency in the world will be fighting to get hold of these resources because nuclear fuel in space can be very vital.

If you are wondering why the radioactive mining spots are cramped together in such a small area – the answer is that Thorium and Uranium are not native to the Moon, but they were brought by an asteroid that hit the Moon and scattered the deposits in nearby areas.

There is also the race for an even more vital resource – the Helium-3, which is used in nuclear fusion. It is found in the crushed rocks of the Moon, but even this has only 8 possible mining spots.

Why would the world war be fought on the Moon and not on the Earth, if it ever starts?

Tensions have already started to spark among the nations, and many nations have expressed that they plan to defy The Outer Space Treaty of 1967 that states:

“States do not get to claim parts of the Moon as property, but they can still use them. The exploration and use of outer space shall be carried out for the benefit and in the interests of all countries and shall be the province of all mankind.”

The best-case scenario would be that the nations and private companies create a plan to work together, and share the resources among them as needed.

The worst-case scenario is that another world war breaks out because a profit-making enterprise on Moon needs sunlight and water and mining locations, and the competition is tight. Political experts have already made this conjecture that since the warring parties would not want to affect their consumer base on Earth – the war will be fought on Moon.