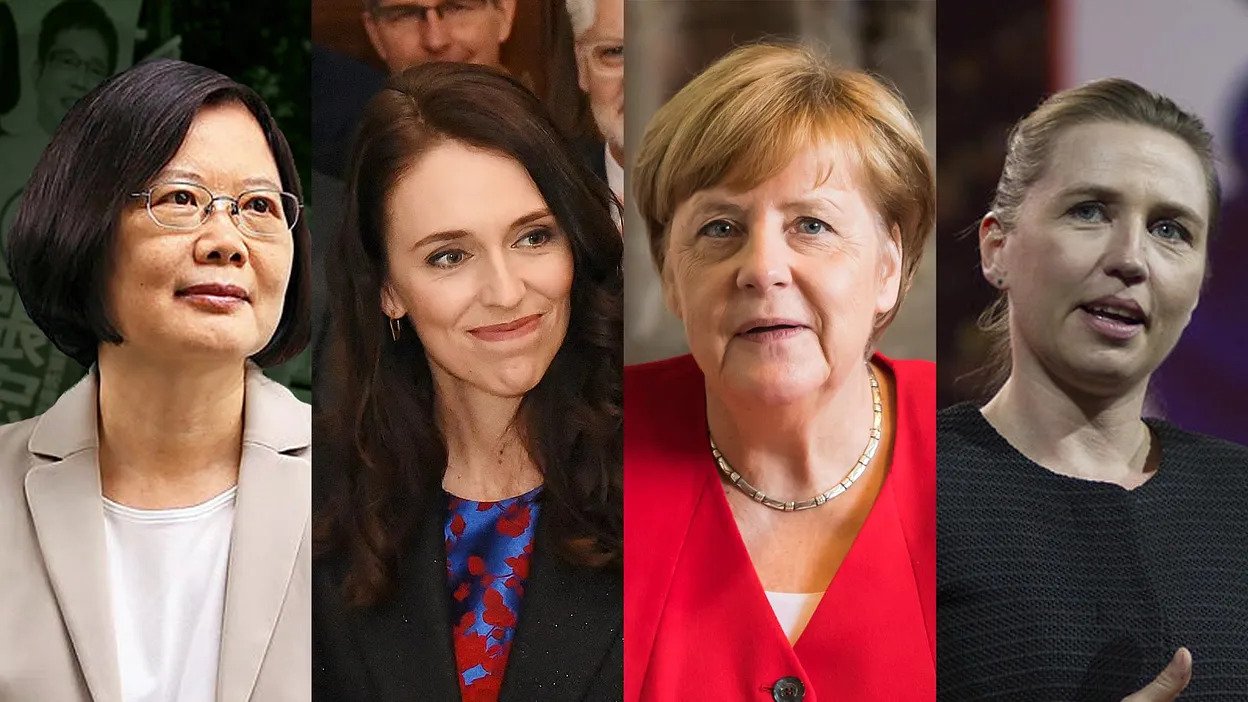 Coronavirus has rattled some countries beyond saving, but there are also some nations in the world who have handled the disaster pretty well.

Rational decision-making along with widespread testing, and boosting the medical services have kept these extremely vulnerable countries much safer than anyone would have expected them to.

All these countries have something in common – women leaders. Let’s see how the women leaders actually saved their nations while the “hyper-male” leaders like Trump, Putin, Modi, and Bolsonaro have been failing miserably.

In Taiwan, the President was ready before every other country in the world

Consider Taiwan, a democracy which is often claimed by China as its colonial territory – and that’s why WHO has taken its hands from ever helping Taiwan. While the Coronavirus wreaked havoc in China and was still fairly destructive in Korea and Japan – Taiwan was at extreme risk for a high number of deaths.

Taiwan President Tsai Ing-wen had ordered the inspection and monitoring of all the flights arriving from Wuhan when the most of the world was still unaware of the virus or thought it wouldn’t reach them. She put restrictions on the flights coming from China.

She asked the authorities to prepare face masks and personal protective equipment in advance. Till now Taiwan has had only 393 infections and 6 deaths amidst a population of 24 million.

Now, Taiwan is actually exporting masks to the EU and USA who were never prepared for the pandemic.

Germany has one of the lowest deaths per million count in Europe – and they are doing 350,000 per week at this time. German hospitals have the biggest test program and the most number of ICU beds in entire Europe.

All of this was made possible only because Germany has had Chancellor Angela Merkel, who has a rational and scientific attitude. Instead of asking people to bang plates and light crackers as the Indian PM did, she actually focused her energy on boosting the medical services in her country.

New Zealand also imposed a lockdown and banned international flights much earlier than most countries did.

While USA and India have been under pressure from the corporate lobby which wants to open up businesses soon – New Zealand PM Jacinda Ardern has said that she values common people’s lives more than the greed of the top 1%, and her country will not be lifting the lockdown anytime soon.

Sweden is the only Nordic nation to have a male leader, and Sweden is also the only country which hasn’t enforced a lockdown. This has given rise to a high number of infections and deaths in Sweden, owing to the rumours that Sweden is planning to get herd immunity where every vulnerable person dies and all those who are immune would survive – making the entire country immune in the coming years.

Compare this with Finland whose Prime Minister in Sanna Marin, the world’s youngest leader, and she has managed to control the death toll at 59 while Sweden has 1,033 deaths.

Iceland’s PM Katrín Jakobsdóttir also worked swiftly, and people were tested at large scale – and treated with utmost priority. Iceland has only 8 deaths.

Now, coming to the male leaders of the world – many of which are fascist right-wingers often portrayed by their fans as the quintessential alpha-males – Donald Trump, Vladimir Putin, Boris Johnson, Narendra Modi, Jair Bolsonaro, and Xi Jinping.

All these leaders failed to take the virus threat seriously and made a mockery of the scientists and doctors who tried to warn them.

Capitalist-ruled governments from USA and India were more worried about companies being shut down, rather than the lives of their citizens.

Xi Jinping was just worried about his own reputation.

Women leaders have definitely been a ray of sunshine

In dark times like this, women leaders from democratic socialist countries all over the world have shown the path through their intelligence, empathy, and rational decision-making.

Note the fact that all over the world, men occupy 75% of the political positions while women are squeezed into a mere 25%. This ratio is even more skewed in backward countries like India, Saudi Arabia, and most of the Middle-Eastern and South Asian countries.

“We have created a world where women are squeezed into just 25% — one quarter — of the space, both in physical decision-making rooms, and in the stories that we tell about our lives. One quarter is not enough.”