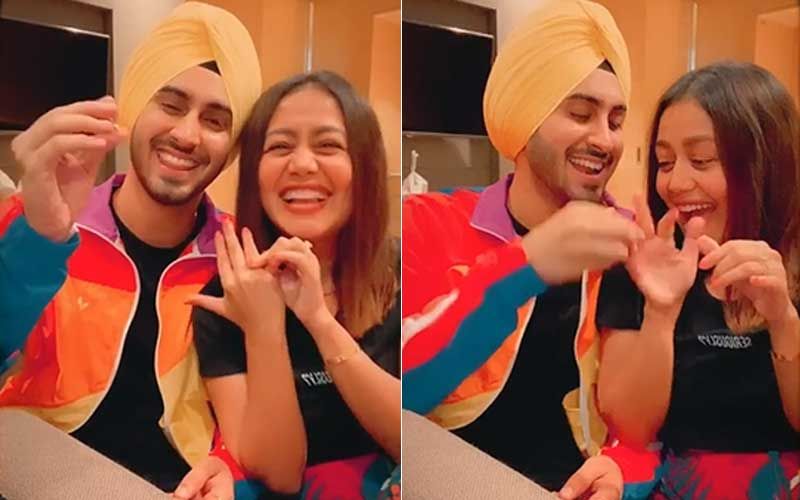 The popular singer Neha Kakkar is ruling the headlines these days for her wedding with Punjabi singer-actor Rohanpreet. While she has made no official announcements, the buzz is that the singer is all set to tie the knot in October.

Neha Kakkar is one of the most adorable yet talked-about celebrities of the Tinsel town, She has been known for her popular songs like Kaala Chashmah, Kar Gayi Chull, and the most recent one Dilbar, etc.

Neha also remained in the limelight for her personal life when she was broke up with her Ex-boyfriend, Yaariyan actor Himansh Kohli.

Neha is tying the knot in October

Great news for fans – Neha has found love during this lockdown and has allegedly decided to settle down. Rohanpreet Singh, was seen on Mujhse Shaadi Karogi with Sehnaaz Gill, is now Neha’s new-found-love, and as per the rumors, Neha and Rohanpreet are likely to say ‘I do’ on 24th October! The wedding is likely to take place in Delhi by the end of this month. It will be low-key due to COVID.

The two recently dropped a music video together, and Neha posted lyrics from the song on her social media handle – which could probably a hint for all of us. “Aaja Chal Viah Karwaye Lockdown vich Katt Hone Kharche.”

What are their spokespersons saying about it?

As per the reports, there isn’t any response from her or her team.

On the other hand, Rohanpreet’s manager had a different take on the same. “Yes, we have also heard such talks, but the two did a single together and that’s why they have been linked. Rohanpreet has no plans to get married,” he said

How is Neha’s ex responded to this?

Himansh says after their ugly breakup, he experienced a lot of haterade from fans, he mentioned every cryptic Instagram post by Neha was misconstrued and flew across the media left, right and center which was a distressing experience for him but he all happy now and wished her well for the life ahead.

“Well if Neha is indeed getting married, I am happy for her. She’s moving on in her life, she has somebody and it’s great to see that.”

Himansh and Neha Kakkar were in a relationship for 4 years, from 2014 to 2018. There even starred in a music video together and Neha announced her love for Himansh on the reality show.