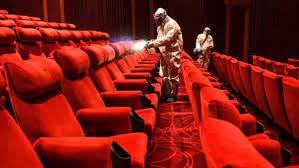 Further easing Covid-19 restrictions outside containment zones, Unlock 5 guidelines released by the home ministry on Wednesday allowed state and UTs to take a call on reopening of schools in a graded manner after October 15 while cinemas, theatres, and multiplexes can function at 50% seating after the same date.

India took a decisive step towards unlocking almost everything, apart from cinema halls, schools, and swimming pools with also be reopening to revive the business.

Rules For States And Union Territories

The MHA said states and Union Territories had been given the flexibility to take a decision on the reopening of schools and coaching institutions in a graded manner after October 15. Swimming pools would be allowed to open for the training of sportspeople, it said.

The guidelines have made it clear that states and Union Territories must not impose any local lockdowns outside containment zones without prior consultation with the Centre.

The reopening of cinema halls after six months is a big positive, said experts, though Maharashtra in a separate set of guidelines on Wednesday said theatres in the state would be shut till October 31.

On Saturday, West Bengal Chief Minister Mamata Banerjee had said cinema halls in the state could function with 50 participants or less from October 1.

The country’s leading multiplex operators on Monday had said losses were growing and jobs were at stake with theatres being shut since March.

In a statement, the Multiplex Association of India (MAI) had said the revenue loss to the film exhibition industry was to the tune of Rs 1,500 crore a month due to the closure of cinema halls.

Upcoming Movies To Be Released in Oct-Dec

Precautions To Be Taken By Theaters And Movie-goers

Some of the measures to be implemented with theatres reopening would be seat distancing, contactless service, and rigorous hygiene from entry to exit.

Movie-goers would be encouraged to pre-book their tickets and meals, wear masks when watching films, and maintain strict lane discipline when entering and exiting movie halls.