So the biggest hacker attack in the history of Twitter happened. Accounts of many billionaires such as Jeff Bezos, Bill Gates, Elon Musk, and several others were hacked at the same time.

Many popular celebrities such as Kanye West and Kim Kardashian were also hacked, along with politicians such as Barack Obama and Joe Biden.

The hackers wanted the same thing from all the accounts they hacked, and now the capitalist establishment of the world is worried.

Hackers had a common message for everyone 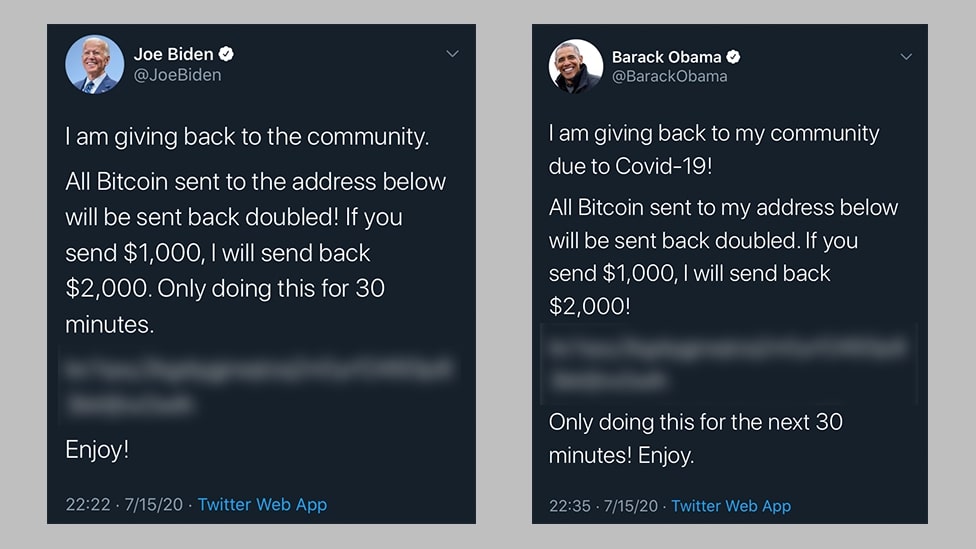 The hackers posted same tweet across all their Twitter profiles, which meant that these people need to give back to the community. Undertones of this attack and the message were clear, that it was an attack against capitalism and how it has hoarded money without giving anything back to the people.

Apart from the celebrities, politicians, and billionaires listed already – accounts of Uber and Apple were also hacked, along with the billionaire Mike Bloomberg as well.

Mainstream media says it was a bitcoin scam – but as usual, it is a lie

All the tweets had this basic essence:

And while the mainstream media is hell-bent on declaring it as a bitcoin scam attack, the truth is very different.

Consider that all the accounts were hacked simultaneously and the news spread like wildfire, so even if someone sees a tweet from a billionaire saying that he’ll return double the amount of bitcoins you send him – a person who uses bitcoin is actually smart enough to know that it is a hacked post.

First of all, everyone knows billionaires will never give anything back. Second, bitcoin users will not just transfer money because someone asked them to, they are cyber experts and they know this stuff better than ordinary people.

So it was definitely not a scam, because the hackers who were able to hack into high profile accounts would obviously be smart enough to know that their targeted bitcoin users are not some simpleton buffoons.

It was an attack with a deeper symbolism and it meant that billionaires will have to give back, sooner or later.

Twitter said that it was possibly their own employees who leaked the access to internal systems and tools to outside hackers otherwise this attack wouldn’t have been possible.

Does it mean that the workers of the world are finally uniting?

This is the information we have about the hacker

BBC sources found that the hacker had used an email id mkeyworth5@gmail.com and used a web address called cryptoforhealth.com which was registered by a person named Anthony Elias. Although it took a long while for the capitalist geniuses to find out that it was just a play on “an alias.” They are still unable to find the actual hackers.

Cryptoforhealth also had an Instagram account that was set up during the same time as the hack. The bio read: It was us 🙂 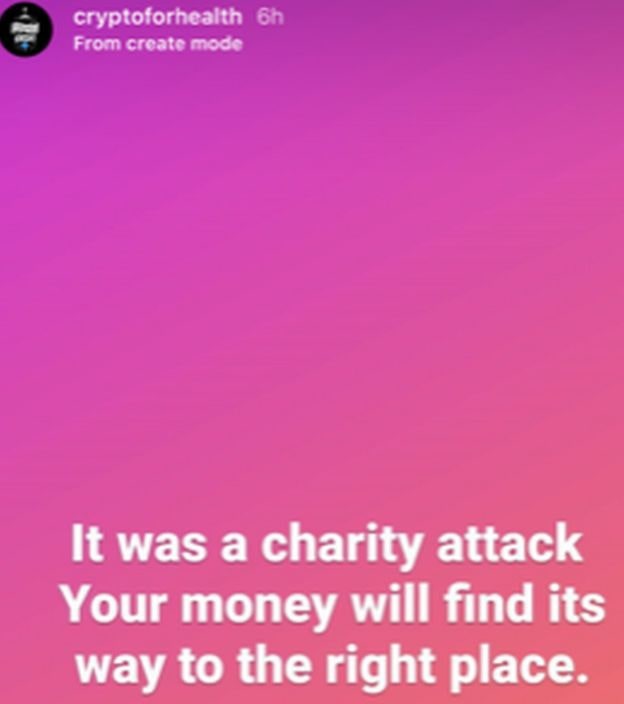 And they posted a message saying: “It was a charity attack. Your money will find its way to the right place.”

So the workers of the world are truly uniting, to lose their chains.

Also, on a related note, how hilarious would it be if someone hacked Donald Trump’s twitter?