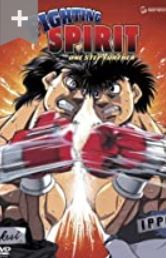 Anime Series are becoming the talk of the town lately, and everyone seems to binge-watching them like crazy. Here are 7 must-watch classic Anime that should add to your watch list.

Two brothers search for a Philosopher’s Stone after an attempt to revive their deceased mother goes awry and leaves them in damaged physical forms.

Gon Freecss aspires to become a Hunter, an exceptional being capable of greatness. With his friends and his potential, he seeks for his father who left him when he was younger.

After discovering time travel, a university student and his colleagues must use their knowledge of it to stop an evil organization and its diabolical plans.

A sequel to the recently wrapped anime based on the Key Clannad franchise. Shows a path that opens in the original visual novel after all the other paths have been opened.

After being given a mysterious power to control others, an outcast prince becomes the masked leader of the rebellion against an all-powerful empire.

The futuristic misadventures and tragedies of an easygoing bounty hunter and his partners.

Makunouchi Ippo is an ordinary high school student in Japan. Since he spends most of his time away from school helping his mother run the family business, he doesn’t get to enjoy his younger years like most teenagers. Always a target for bullying at school (the family fishing business grants him a distinct odor), Ippo’s life is one of hardship. One of these after-school bullying sessions turns Ippo’s life around for the better, as he is saved by a boxer named Takamura. He decides to follow in Takamura’s footsteps and train to become a boxer, giving his life direction and purpose. Ippo’s path to perfecting his pugilistic prowess is just beginning.