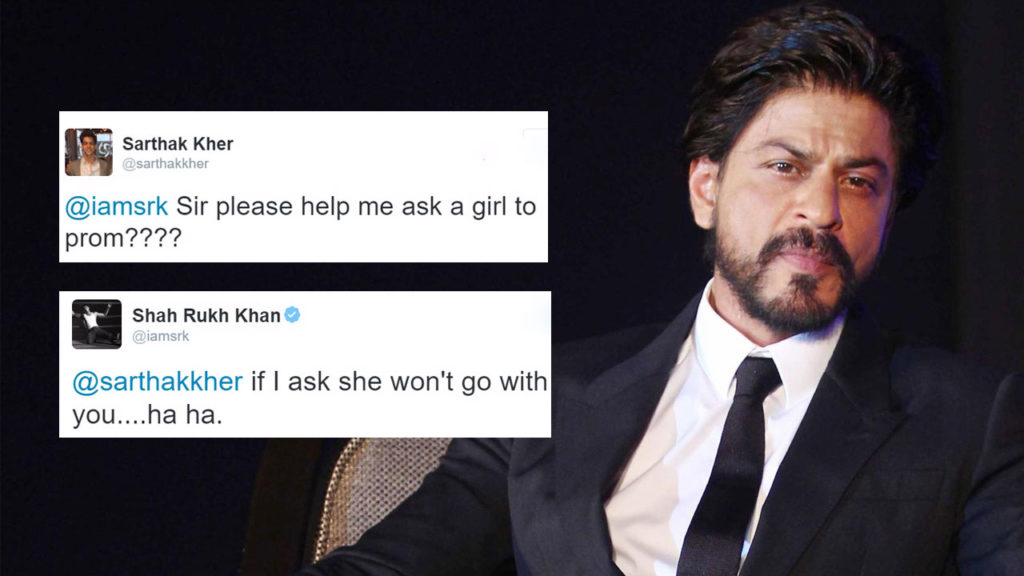 King Khan of Bollywood, Shahrukh Khan needs no introduction in the world. He enjoys a massive fan following and he knows how to impress with this intelligence and unique sense of humor.

SRK is quite active on his social media accounts and on a fun-filled Tuesday morning the superstar conducted an ‘Ask SRK’ session on Twitter, and seeing his replies, we must admit that his sense of humour has only become sharper with time.

There were a lot of hilarious questions that his fans asked him during the interaction.

A Trail Of Hilarious Q&A Session

The #AskSrk session was quite entertaining and SRK won our hearts with his wit and intelligence. Check out his tweet below:

One of his fans asked— ‘If you go out to dinner with your non-famous friends, do you all still split the bill, or do you pay? #AskSRK @iamsrk’.

Another asked if he’s planning to sell Manat?

Some even asked the proposal tips from him

and the funfilled session continued.

And after an hour or so SRK took a leave through a tweet:

“Now time to go and be with the little one. Thank u for your time and questions. Like always sorry couldn’t reply to all….have a healthy life everyone. Love you. #AskSRK is over for now.”