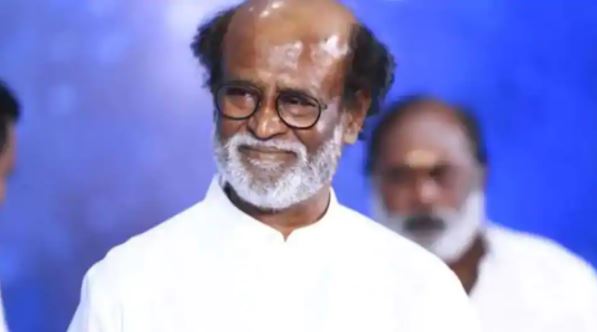 Putting an end to speculation and rumors, south superstar Rajnikanth tweeted about the big announcement. The actor mentioned that he would be starting his political party in January and the date for the same would be announced on December 31.

He had earlier said that there is a leadership vacuum in Tamil Nadu and his political entry is certain. He announced this on December 31, 2017.

Tweeting with the hashtags that translate to ‘Let’s change everything’ and ‘Now or never’, Rajini states that success is definite with the full support of the people in the upcoming Assembly elections.

“With great support from people, in the upcoming Assembly elections, an honest, righteous, transparent, corruption-free, casteless, secular and spiritual politics will be formed in Tamil Nadu for sure. Wonder… Miracle… will happen!!!,” Rajinikanth tweeted. Quoting his own statement he tweeted two hashtags ‘ippoillattieppo’, meaning “if not now, then when,” and ‘maathuvomellathayummaathuvom’ meaning, “lets change, lets change everything.”

Rajinikanth’s statement came exactly three days after he had a closed meeting with his supporters, asking their opinion on his active political entry. If Rajinikanth launches his party as he has said, this will be the first time Tamil Nadu will witness ‘spiritual politics’. Though he says his party will be non-casteist, Rajini is yet to explain what spiritual politics is and how different it will be from casteism.

The November 30th meeting with his unified fan club was his first publicized in-person event, that has taken place following the Covid-19 pan-India lockdown in late March.

Rajni’s Health Concerns Made A Way For Rumors

About a month back, Rajini had dismissed a statement which was doing the rounds on social media, claiming that he was quitting politics. However, he agreed that some contents of the statement pertaining to his health were true and that he would hold discussions with the functionaries of his unified fan club and inform people of his political stance.

The letter which was doing the rounds and was said to be ‘leaked’ mentioned that, the actor’s doctors had expressed reservations over Rajini getting into active politics, as he had undergone a kidney transplant and owing to the fact that there was no vaccine for Covid-19 yet.

There was also high uncertainty expressed over the actor’s course of action even when a vaccine became available, given that there were doubts over how at the age of 70, with existing medical conditions he would respond to the vaccine. All these hinted towards the actor quitting politics to the prevailing scenario and that the Assembly elections in Tamil Nadu were due by Summer 2021.

No Exit From Politics

But fortunately, his recent announcement mentioning the date of his party launch has come as a huge relief for his fans who have been expecting his political entry for over two decades. Rajinikanth had created his own party infrastructure in the name of Rajini Makkal Mandram and has kept his fan club members guessing on his active plunge for over the past three years. While he is looked at as a man who has a soft corner towards the Hindutva forces, Rajini’s ‘spiritual politics’ will be keenly watched after his official political plunge.