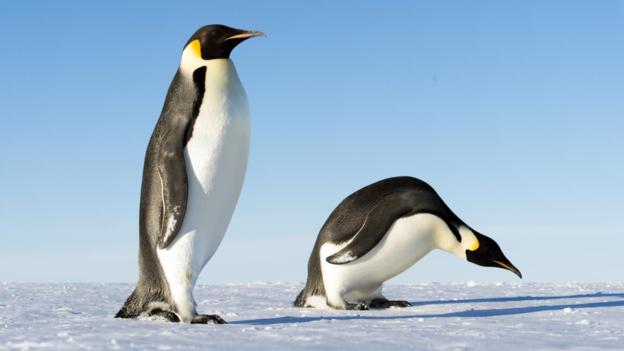 In a bizarre event that could be hard to explain, a scientist has “gone cuckoo” after his research on penguin poop. And other scientists are using it to get high.

Turns out that penguin poop releases a hellish amount of an infernal gas that can get you addicted to it, and it can drive people a little bonkers.

It is the same gas that they give you at your dentist appointments.

What gas are the penguins releasing?

South Georgia is an island north of Antarctica, and it is home to a large colony of King Penguins. Scientists suspected that a large amount of greenhouses gases were being released from this island and no one knew how.

Eventually, a team of scientists went there to do their research on penguin excrement which is also known as “guano”. It was found that penguin poop releases extremely high levels of Nitrous Oxide, which we know as the laughing gas.

This study was published in the journal “Science of the Total Environment” and the scientists discovered that penguin poop releases 100 times more amount of Nitrous Oxide than fertilized fields of Denmark.

The amount released from penguin poop is so high that one of the scientists got hooked to it, and went “completely cuckoo”, and he was even “nosing about in penguin poop for several hours,” according to Bo Elberling who is one of the authors of the study.

Other scientists have been using it to get high.

Why are the penguins pooping laughing gas?

These penguins usually eat fish, squid and krill – and due to their high dose of protein, they also have a high nitrogen content in their faeces. The nitrogen is then converted by soil bacteria into nitrous oxide, which is the laughing gas that drove the scientist to addiction.

Since it is a greenhouse gas, how much damage can it cause to the environment?

Scientists say that while penguins are releasing greenhouses gases and even cows do release methane in their excrement, these gases don’t do any harm to the environment since the amount produced by animals is much lower than the amount produced in human factories.

Nature can adjust to damage caused by animals because their impact is too low and often easily countered by nature. Humans have tipped the balance by putting on extreme load on nature, and it cannot handle the copious amount of “excrement” we release into nature via our factories and private cars.