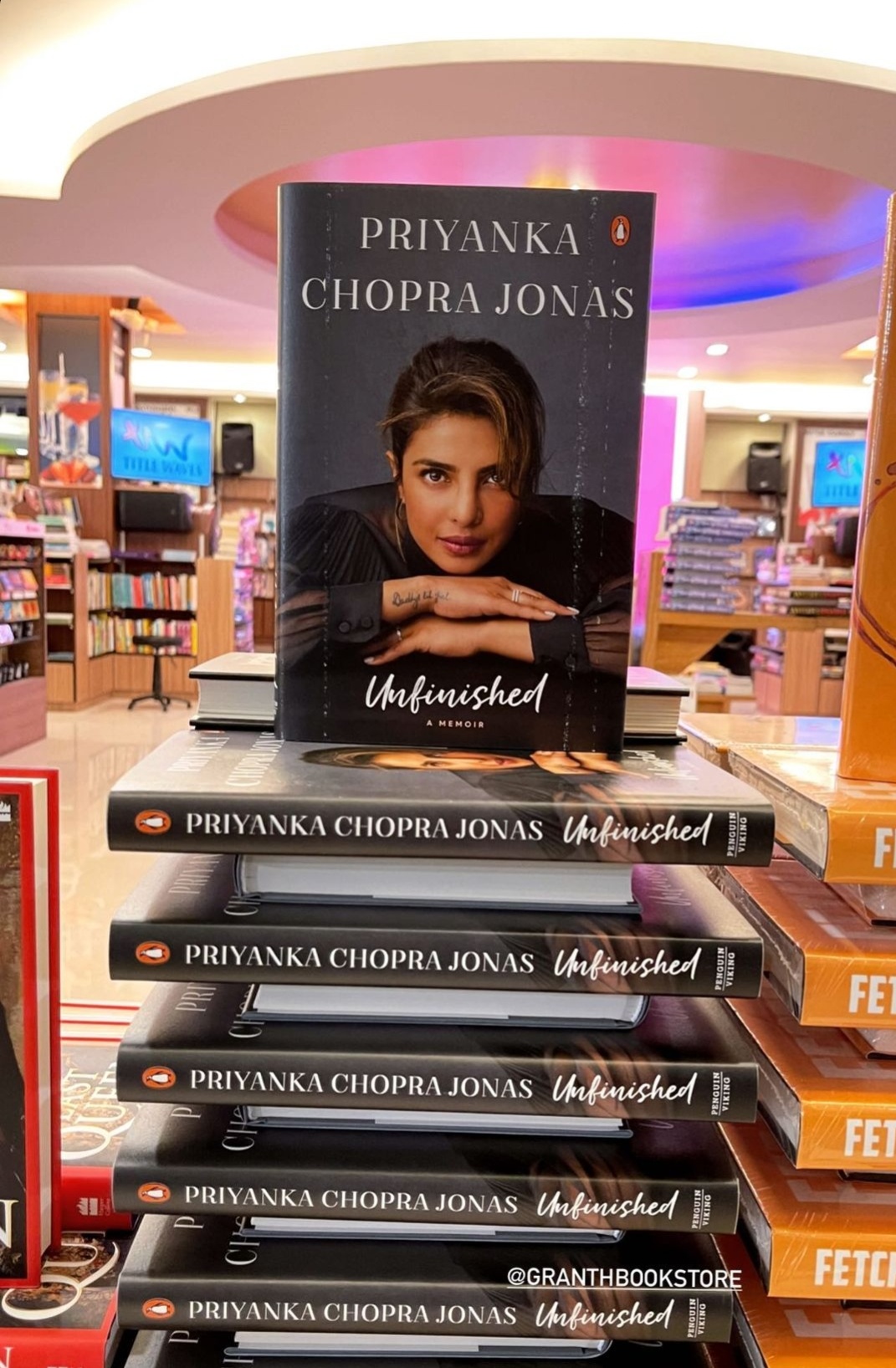 Priyanka Chopra’s memoir Unfinished is now finished and ready to reach her fans. The book is now available for pre-order and she took to Instagram to share the cover page with her followers.

The autobiography captures the journey of the self-made star from childhood to stardom as well as milestones and struggles faced by her.

In her book “Unfinished: The memoir” Priyanka wrote some raw and unfiltered instances that took place in her life’s journey.

Priyanka Chopra revealed the dirty secret of the Bollywood Industry.

She described the time when she was to perform a sultry song, which needed her to strip off her clothes one piece at a time. Priyanka asked the director if she should have lots of layers to take off so that she wouldn’t be “down to skin way too fast”.

“The director suggested I speak to my stylist, so I called him and briefly explained the situation, then passed the phone to the director. Standing right in front of me, the director said: “Jo bhi ho, chaddiyan dikhni chahiyen. Nahi toh log picture kyon dekhne aayenge?” (Loosely translated: whatever happens, panties should be visible. Otherwise, why would people come to watch the movie?” wrote Priyanka in her book.

Following the incident, Priyanka quit the project for which she had already shot for two days. When the director found out about her walking away, he angrily reached the set of her another film, and eventually, her co-star in the film, Salman Khan, had to intervene to resolve the issue.

Your Body Seems Unproportinate, You Should Get A “B**bjob” Done!

The actor, who was the lead actor of an American CIA thriller series called Quantico, recalled the time right after winning the Miss India Crown in 2000 and told that the first director she met suggested that she should get a ‘boob job’ and ‘fix her proportions’.

Priyanka narrated another shocking incident in the book. “After a few minutes of small talk, the director/producer told me to stand up and twirl for him. I did. He stared at me long and hard, assessing me, and then suggested that I get a boob job, fix my jaw, and add a little more cushioning to my butt.”

She further mentioned that the director advised her to get her proportions “fixed” if she aspires to be an actress. “He knew a great doctor in LA he could send me to. My then-manager voiced his agreement with the assessment,” she added.

Priyanka then wrote that she left the meeting, feeling ‘stunned and small’. Consequently, she parted ways with the manager soon afterward.