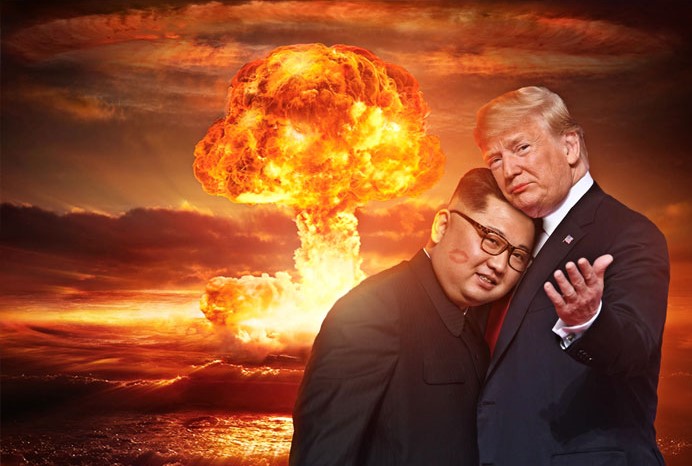 Earlier in December, Kim Jong-un had talked about sending a “special Christmas gift” to USA by the end of the year. And it should be coming any time soon.

But what could it be really?

As US security officials rack their brains to find out what the “gift” could be, satellite images show that North Korea might be preparing to launch long-range missiles. Satellite images have captured a new structure at a factory near Pyongyang, the North Korean capital.

What I would expect is some kind of long-range ballistic missile would be the ‘gift’.

In December, Kim Jong-un warned US about the “Christmas gift”

In December, North Korea issued an official warning to US, saying that the nature of the gift depends on America’s attitude towards North Korea.

To put things in perspective, US had 6180 nuclear warheads by May, 2019 – while North Korea has only 30. North Korea’s nuclear arsenal is not even 0.5% of USA’s, but it’s easy to guess which country is considered by the neoliberal capitalism as the greatest threat to the world.

Donald Trump doesn’t care, he thinks it might just be a vase

When asked about what he will do if North Korea actually launches a missile, Trump replied coolly that “we’ll deal with it very successfully.” He also added:  “Everybody’s got surprises for me, but let’s see what happens. I handle them as they come along.”

As security officials are agitated and restless while bracing for a missile launch, Trump says there is no reason to worry.

Maybe it’s a present where he sends me a beautiful vase as opposed to a missile test. I may get a nice present from him. You don’t know. You never know.

While earlier, Trump has talked about Kim writing him “beautiful letters” and then both of them “falling in love”, he said yesterday to the reporters: “My relationship with Kim Jong Un is really good, but that doesn’t mean he won’t abide by the agreement we signed.
Trump also added: “I hope he lives up to the agreement, but we’re going to find out.”

Kim definitely likes sending rockets up, doesn’t he? That’s why I call him “Rocket Man.”

US officials are watching North Korea as they suspect that the “Christmas gift” might be coming over in this holiday season – any time between Christmas and New Year.